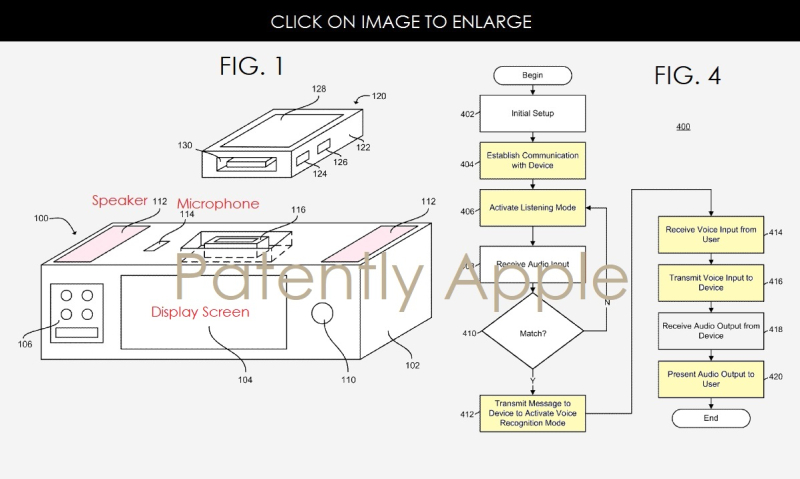 HomePod is going to bring Siri out of iOS and Mac devices and into our living rooms. The device has a number of uses that includes playing music for the user. However the highlight feature is Siri, which will allow Apple to compete with Amazon’s Alexa products. Now it seems like Apple plans to release even more devices in the future with Siri built right into them.

Apple has recently been granted a new patent that reveals company’s plans of releasing a smart dock for iPhone with Siri support. This patented dock that will enable users to charge their devices will also allow them to communicate with Siri and perform actions on their iPhone without having to remove it from the dock.

The patent application includes an image that shows how such a device could look like, this of course is not the final design of the device. The image shows an electronic device with built-in screen, speakers, microphone and buttons. The patent also details the device having built-in processor that will allow it to process voice input.

Apple already sells a simple charging dock for iPhone however that is all it does, it charges the iPhone. With this future dock Apple is essentially making the dock that users put on their desktops and bedside tables more useful. A device that performs useful actions like creating reminders, searching the web etc using voice based Siri commands and more.