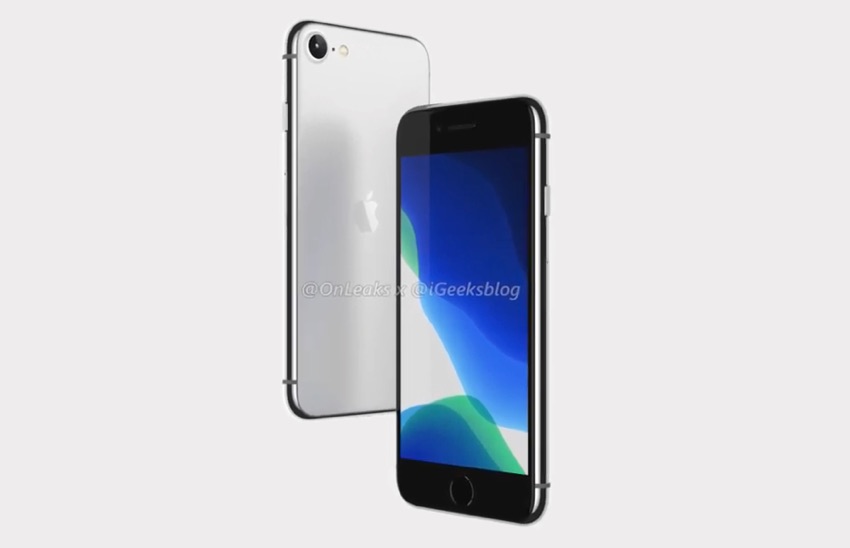 Previously we have reported about the release of iPhone 9 where Apple is rumored to release two variants of iPhone 9. In our previous article about this new device we speculated that the rumor about 2 models of iPhone 9, which are said to be the successor to iPhone SE might be pointing towards an iPhone 9 and a larger iPhone 9 Plus model. iPhone 9 is expected to largely feature the same design as the iPhone 8.

Now well known leaker OnLeaks is back with more exciting iPhone 9 details. Today he has posted video renders for iPhone 9, which show us the device from various angles. According to the leaker this new budget iPhone 9 will feature some design changes compared to the iPhone 8. For example, it is rumored to have an iPhone 11 Pro inspired frosted glass back instead of the glossy glass back found on iPhone 8. Speaking of the back of the device, the iPhone 9 is also said to have a centred Apple logo like the iPhone 11 lineup.

Apart from the changes on the back the new iPhone 9 is expected to look the same as the iPhone 8, however the report goes further by claiming iPhone 9 will be slightly thicker and heavier than the iPhone 8. This thicker and heavier design will allow Apple to add a bigger battery, and improve the overall battery life of the device. In addition to this removal of 3D Touch will also make some space for adding a larger battery inside the housing.

Other notable changes in this new device include improvements to specifications where the iPhone 9 will have A13 chip, better cameras and more. Current rumors and predictions claim iPhone 9 and iPhone 9 Plus will be released in Spring 2020. (iGeeksBlog)

Report: Apple To Launch iPhone 9 And iPhone 9 Plus As iPhone SE Successors
How to Turn Off Fitness And Motion Tracking On iPhone