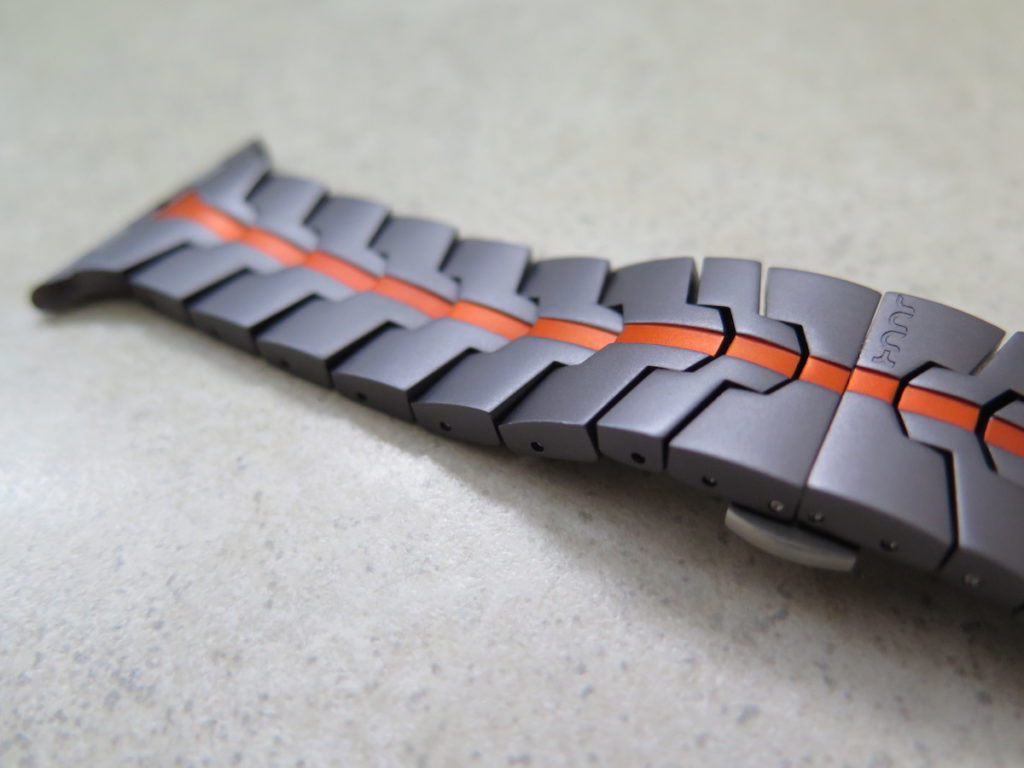 The Vitero is JUUK’s second aluminum Apple Watch band. While the Ligero gave the Apple Watch Sport a traditional look, the Vitero embraces the Sport model by giving it a sporty look. The links look a lot like tire treads, a unique look that is perfect for a sport-oriented band. Each link is tapered, so while it isn’t flat while lying on a table, when you strap it on, it creates a beautiful curve around your wrist. I found the band had to be slightly tighter compared to my Ligero to achieve the curved look, but I didn’t mind. 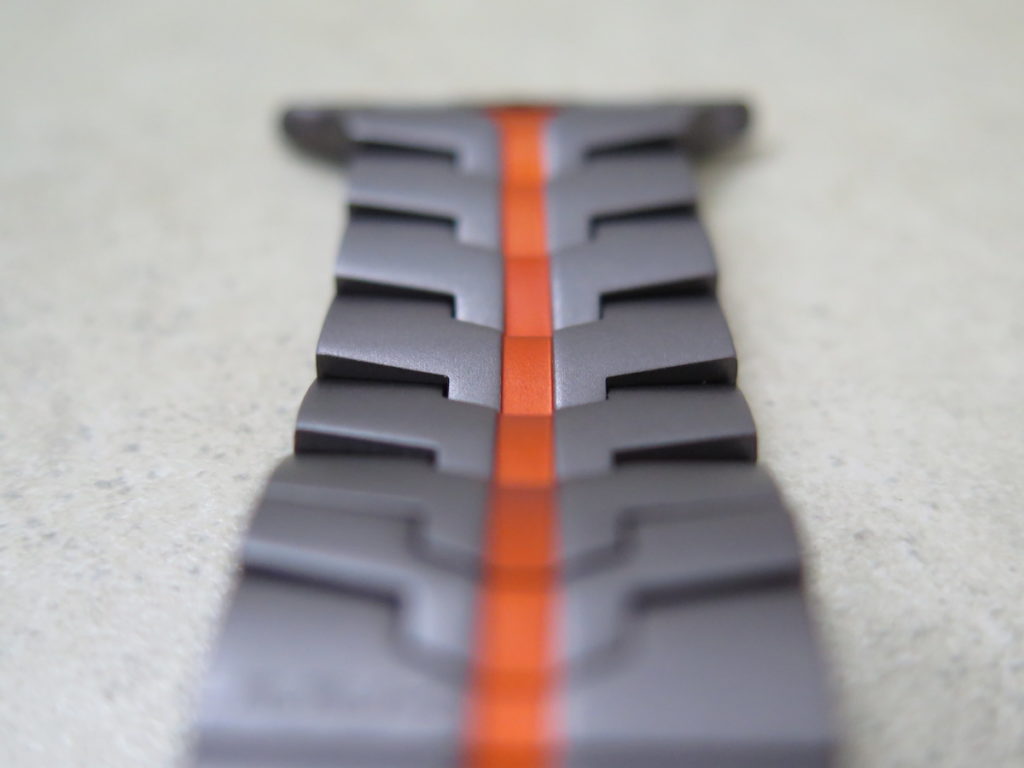 Since the Vitero is made out of aluminum, it is very light. The Vitero is clearly aimed at people who are into fitness. Stainless steel isn’t a very ideal material for a watch band when working out, as it can be quite heavy. Aluminum, on the other hand, is much lighter, making it more ideal for workouts or runs. I think I still prefer Apple’s Sport Bands for workouts, as it can be easily adjusted in case it gets too tight, but the Vitero is hands down one of the best metal Apple Watch bands to use during workouts, and it can be easy to forget that it’s there. 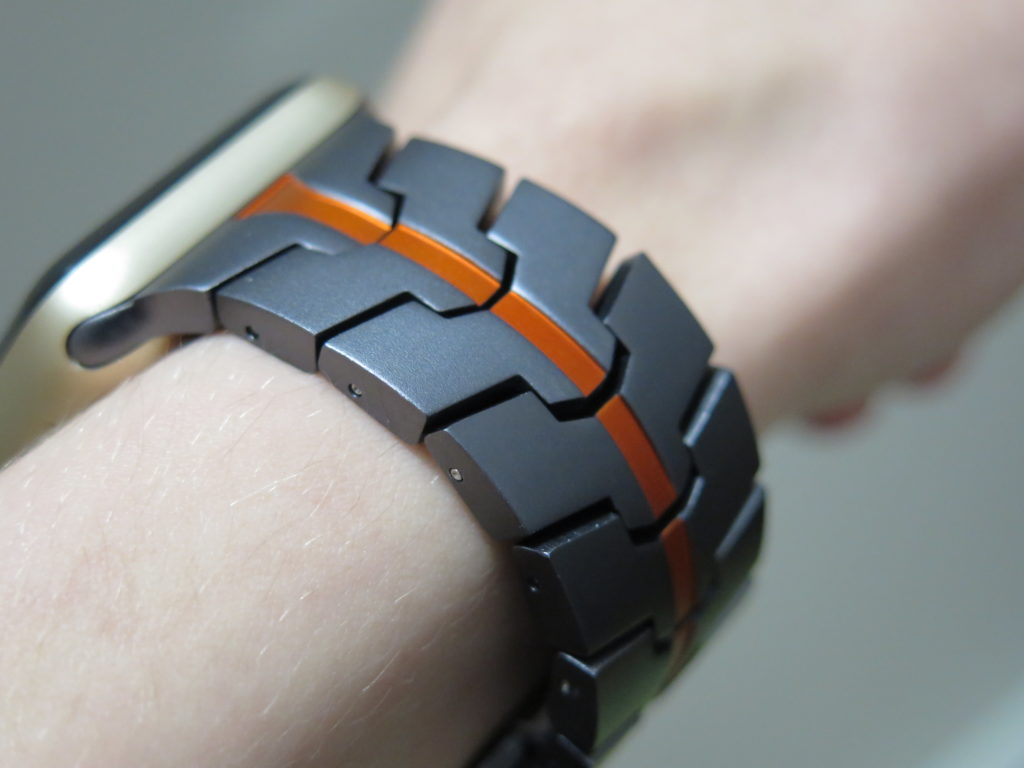 Features that the Ligero revision brought are also present, so that means that there’s no gap between the two links at the bottom, and the connectors sit flush with the watch.

Since it’s aluminum, the Vitero comes in a variety of color combos. Unlike the Ligero, which came in a sold color, the Vitero has a colorful stripe down the middle, giving even more color possibilities. Right now there are a total of 10 color combos, with the “Fire” variant (grey/orange) being pictured in this review. 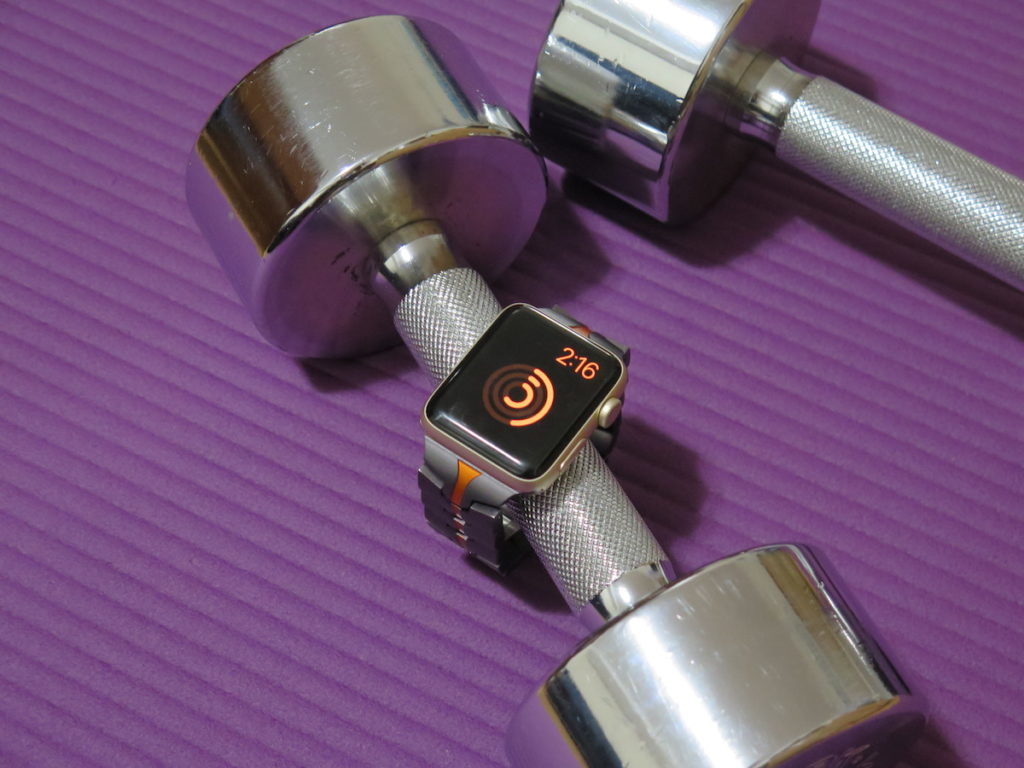 The Vitero isn’t just for fitness fanatics. I wore the Vitero on several occasions and received lots of compliments, more specifically on the unique design and the nice touch of orange that gives the band some personality.

The biggest downside of the Vitero isn’t necessarily something to do with the band itself, rather, it’s all about personal taste. The Ligero has more of a broader appeal in my opinion. The Vitero has a unique design, and while that isn’t a bad thing, it might not appeal to everyone. If you like the design of the Vitero though, you won’t be disappointed, with the unique look bound to stand out. 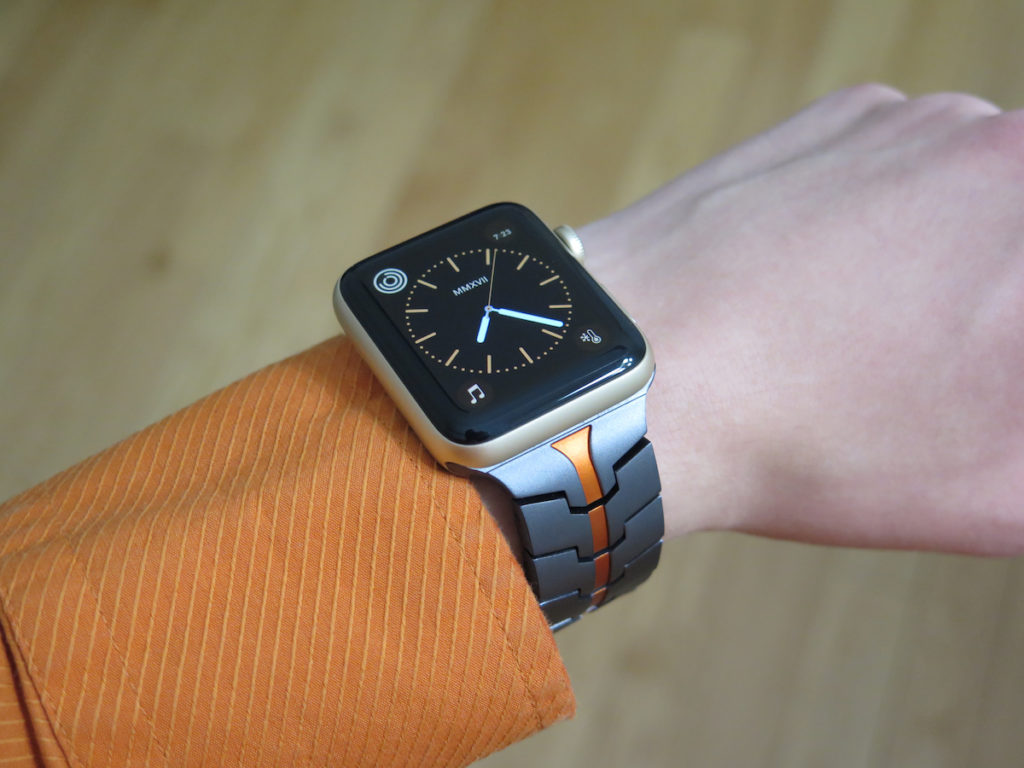 Overall, if you like the design of the Vitero, I’d highly recommended it. With its unique, curved design, lightweight material, colorful options, and fine attention to detail, the Vitero gives JUUK another home-run. Pricing starts at $149 over on JUUK’s official website, but you can shave 10% off by using our coupon code, “IOSHACKER.” Just enter it in as you checkout and the savings will be reflected in your cart. If the design of the Vitero isn’t your thing, be sure to check out the Ligero.

What do you think of the Vitero? Do you prefer its unique design over the Ligero? Let us know in the comments section down below!

Things 3 Is The Best Cross-Device To-Do App For iPhone, Mac and iPad [Review]
Unique iPhone Accessories You Never Knew You Needed For Your iPhone X Or 8