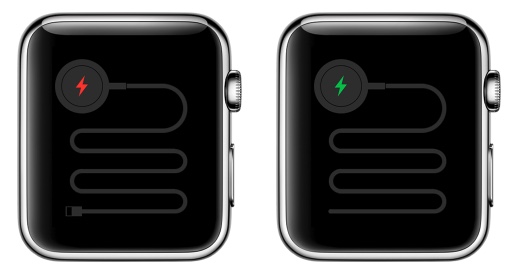 If you have an Apple Watch and got yourself in a situation where the device wouldn’t get past the Apple Watch charging screen, then we have got a simple solution for you. Usually when your device fully runs out of battery and you plug it in to recharge, you see a red charging sign but the device doesn’t turn on. This charging sign features Apple Watch’s charging cable in the shape of a snake and is commonly reffered to as Apple Watch snake screen.

If you are impatient like me, then you would try unplugging and replugging the magnetic charging cable again and again to make sure there’s no problem with the cable itself. Probably the problem here is not with the Watch but with you interrupting the recharging process and thinking Apple Watch is stuck at charging screen, which may not be the case.

A simple solution to this Apple Watch stuck on charging or snake screen is to plug your Apple Watch with a genuine Magnetic Charging Cable connected to a wall charger. Once the connection is made and you see an Apple Magnetic Charging Icon on the screen with red charging icon (that changes to green when the device is charging), keep it plugged for up to 30 minutes without interruption.

Once the Apple Watch has sufficiently recharged you will see the Apple boot logo on your device and it will soon boot up like normal. Once it is ready you will either be able to use it or in case it hasn’t been paired with an iPhone yet, pair it with a device.

In an unlikely scenario where you Apple Watch won’t charge even after 30 minutes wait, try force restarting it. If the force restart is successful you should see the Apple logo on its screen.