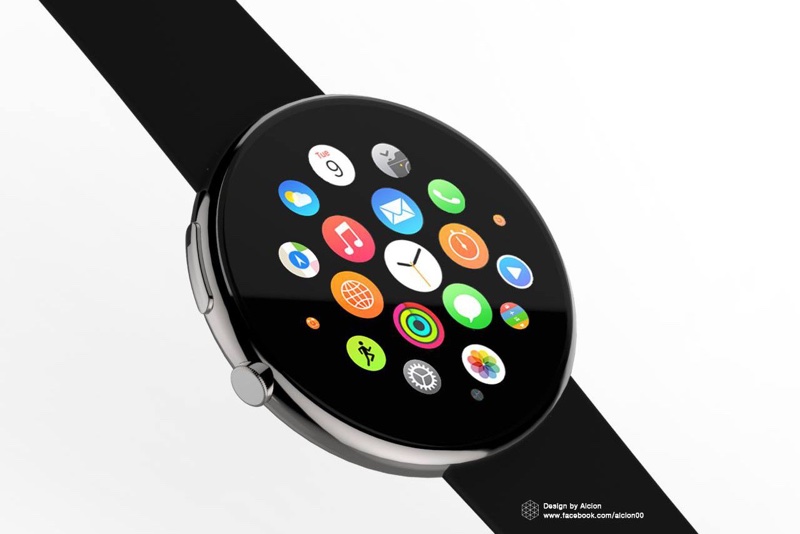 A circular Apple Watch is something we have been waiting for since the day Apple announced the original Watch. While Apple has kept the same shape over the past 3 generations, it seems like we might finally see a round faced Apple Watch sometime in the future. This has been revealed in recently awarded technology that will allow the company to create circular displays more effectively.

The patent application not only references to a wristwatch as one of the applications for the patented technology, but it also contains illustrations that show a round faced wrist watch.

The patented technology seems to solve the issue that is caused when circular displays are created with the same pixel arrays as rectangular shapes. This the patent application reads leads to inefficient use of display area.

Pixel arrays often have rectangular shapes. However, rectangular pixel arrays will not fit efficiently within a device having a circular shape. Circular displays can have bottleneck regions in which signal lines become crowded, leading to inefficient use of display area. It would therefore be desirable to be able to provide improved displays such as circular displays or other displays with curved edges.

While this patent application strongly suggests that Apple has interest in developing a smart watch with a circular design we still won’t get our hopes up for getting a rounded design in the next generation of Apple Watch. It is common for patent applications to never materialize, or not result in the same way as we expect them to be. 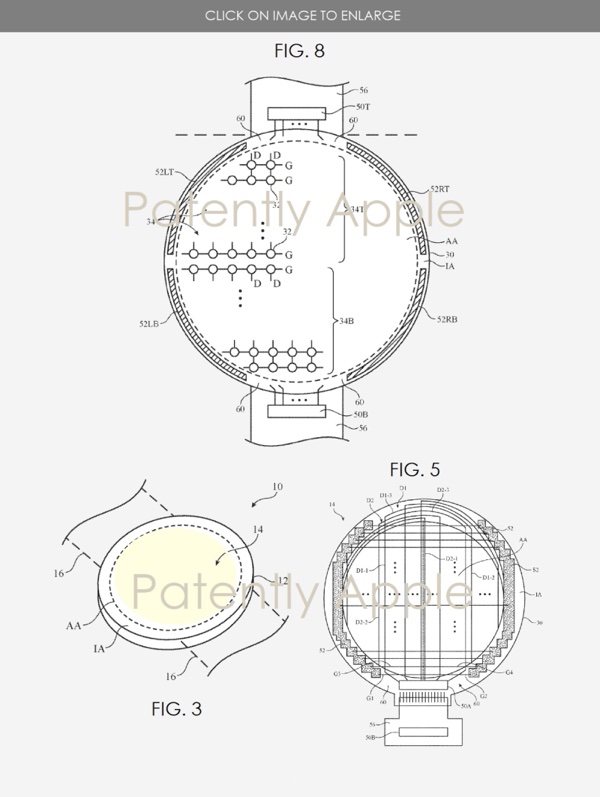 It is still interesting as noted by PatentlyApple that Apple filed this patent application 8 months after the release of original Apple Watch, so this is certainly something that Apple considered after design work on existing models was complete.

Apart from hardware constraints, developing a circular Apple Watch will also require Apple to make major changes to watchOS interface, so that the operating system is compatible with the new shape. As we have seen in the Android smart watches, the rounded display isn’t the most efficient at displaying information when compared with the square one.