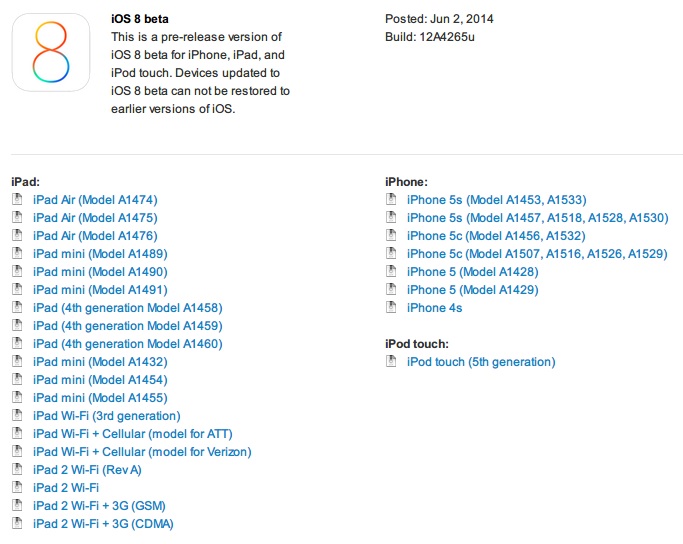 Apple has just release the iOS 8 beta to registered developers and it is now available for download through the dev center. The pre-release version has been released for all devices that run iOS 7 except iPhone 4, which has been dropped from the list of compatible devices this year. The build number for this release is 12A4265u. If you have a registered Apple developer then you need to sign in to your account and download the beta. Please note that in order to install the iOS 8 beta your iPhone, iPad or iPod touch’s UDID needs to be registered with an Apple developer account.

The release is strictly meant for developers only and users who want to keep their devices jailbroken should avoid updating to the beta version.

iOS 8 is a major release that will bring many new features and enhancements for iOS. It features changes for notifications, photos app, Siri, Mail, Safari, iCloud, new Health features, support for third-party keyboards, deep integration with OS X , iCloud Drive and more. It will be released publicly in the fall.

WWDC 2014: What to expect from this year’s conference
Highlights from WWDC 2014: iOS 8, OS X Yosemite, Swift and more