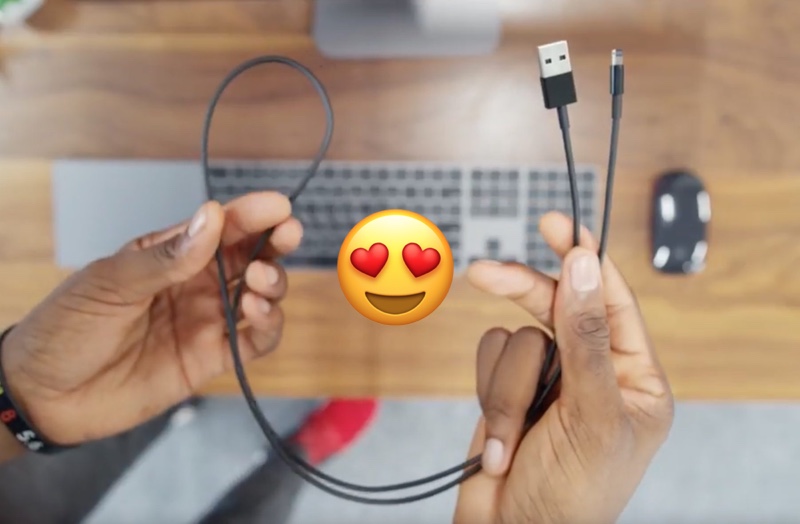 The new iMac Pro launches on December 14. The expensive desktop computer that starts from $4999 comes with a few surprises, one of which is a black lightning cable most probably added in the package so users can recharge their space grey wireless keyboard and mouse. While its just a lightning cable, what makes it special is its black color.

This is the first ever official Apple lightning cable that we have seen (excluding the charging cable for some Beats products), making us wonder why Apple does not include this in the box for at least the space grey iPhone X and 8.

Apple will probably keep this cable iMac Pro exclusive for now, however we do expect the company to start selling the space grey keyboard and mouse in its stores and we hope this cable is also offered as a separate purchase option.

While it is probably too late for Apple to include this black lightning cable in the box, we would love to have the opportunity to buy the same cable from its stores. And knowing how easily these cables get broken and need replacing, you can expect yourself shopping for one sooner than later.

Until Apple makes a black lightning cable available to iPhone users, here’s one you can buy right now from Anker.

What do you think? Will you buy the black lightning cable for your iPhone over the white cable if Apple starts selling it?