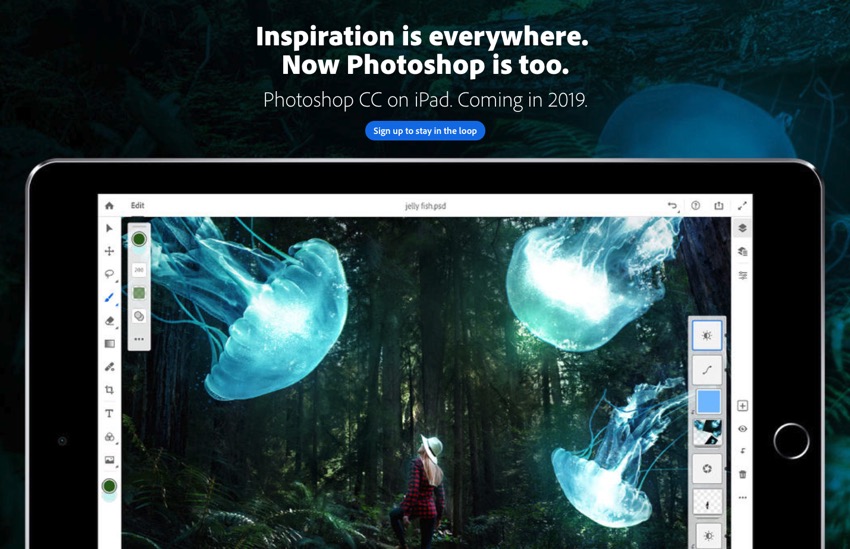 One of the tools that many creatives have been waiting for is desktop-class version of Photoshop for iPad. Sure there are many powerful apps that make it possible for users to perform complex image editing tasks however Photoshop users prefer the power of the tool and reliability of the Adobe Creative Cloud. Adobe is finally bringing the powerful Photoshop experience to iOS by bringing Photoshop CC for iPad to the App Store. The company has previewed the application that is expected to launch next year at its Adobe MAX conference in LA.

While Adobe had several Photoshop products on iOS already, with Photoshop CC for iPad users will be able to take advantage of powerful features all in one app. Adobe notes that they have been able to bring the full Photoshop experience to iPad thanks to the ever increasing capabilities of the mobile devices.

Photoshop CC users will be able to work on large images right on their iPad and take advantage of Apple Pencil to work on and manipulate images on their tablet. Adobe showcased the app working on a multi-layered PSD file on an iPad Pro and the device handling effects and real-time edits without any troubles. With the precision offered by Apple Pencil users will be able to make even more efficient drawing, retouching, duplicating and erasing of objects. 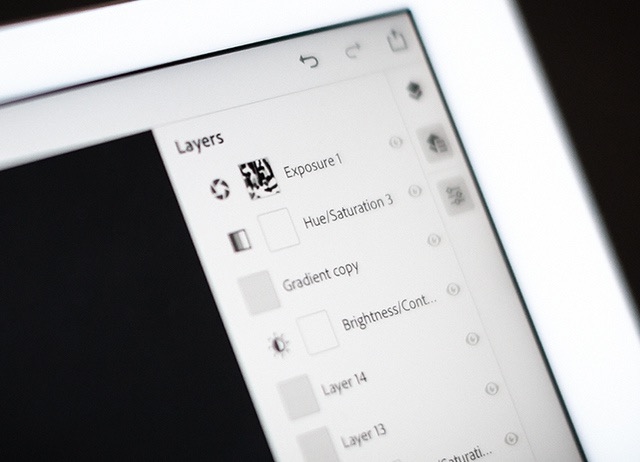 The Photoshop CC for iPad will offer all the tools that users are familiar with on the desktop, along with a new user-interface that is more suitable for iPad’s touch interface.

Along with all the tools Adobe is also bringing Creative Cloud to the iPad version of Photoshop. This means all your creations and edits will be synced between your devices without requiring any exporting, converting or adjustments.

Adobe aims to launch Photoshop CC as soon as possible and initially it will be launching a smaller set of features. The company will be eventually following up with more features in future updates.

iPad users who are interested in staying up to date on Photoshop CC’s release and development can signup to receive updates here.