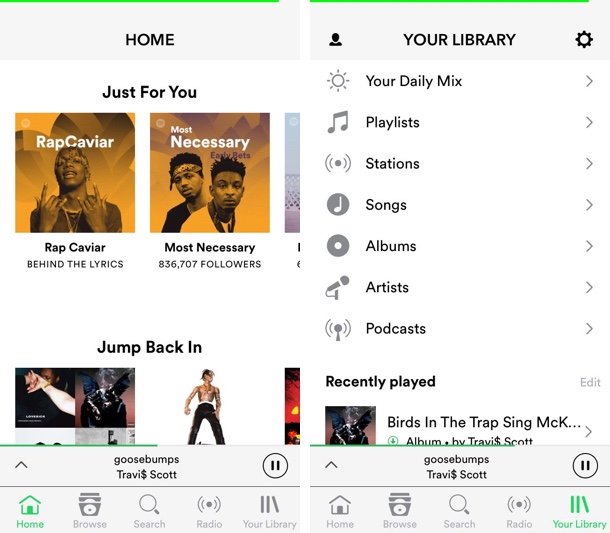 The official Spotify app is one of my favorite apps on iOS because it features a dark design, which makes it different from rest of the iOS UI. However it seems like there is demand for a light or white version of the app among its users. A new Cydia tweak called Lightify has been released that allows users to change the appearance of the Spotify app and turns it into white color. The change of color totally changes the overall look of the app and looks pretty neat.

The developers of the tweak have worked hard to make Lightify completely compatible with the third-party music app. After installing the hack you can hardly tell that the app is not running in its original form and its colors have been altered. Even though I personally prefer the dark design, I have to admit the white look looks a lot cleaner.

After installing Lightify make sure you close the Spotify app properly through the App Switcher for it to take affect. There are no settings to configure for this tweak, you only get an on/off switch in the preference panel.

Lightify tweak is available in Cydia for free and is fully compatible with iOS 9 or above. You can download it from the BigBoss repo.