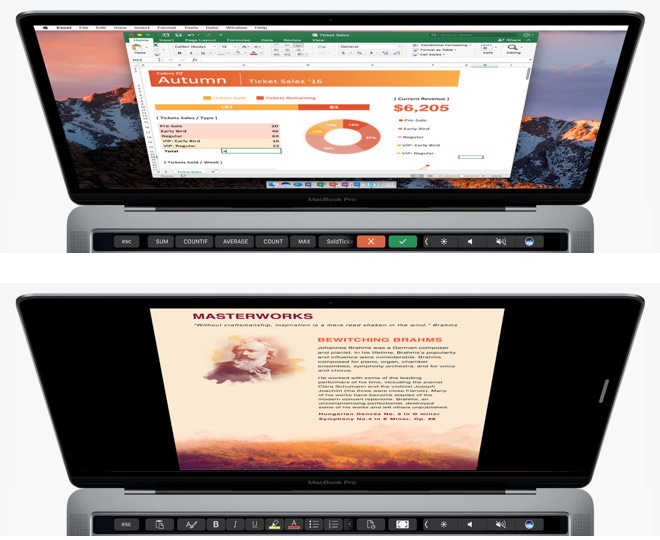 Microsoft has updated its Office apps for Mac, adding support for the new MacBook Pro’s Touch Bar feature. With this update Office users will be able to take advantage of context based shortcuts and buttons that will appear in the Touch Bar based on what they are doing in the apps. Microsoft was quick to announce that its Office apps on macOS will support the Touch Bar as it made the announced within 12 hours of MacBook Pro’s launch, and today the company has delivered on its promise.

The Office apps that will be getting Touch Bar support include Word, Excel, Powerpoint and Outlook. Each app will show its unique controls in the Touch Bar for example MS Word will now include a ‘Word Focus’ mode for MacBook Pro users. When this mode is enabled all the controls on the screen will disappear allowing users to focus on what they are working on. Relevant controls will appear on the Touch Bar, still enabling users to format text and perform a number of other operations.

Excel will display recently used functions in the Touch Bar making it easier for users to choose commonly used formulas. It will also show recommended charts and formatting tools in the Touch Bar. Powerpoint users will see useful editing tools when creating presentations when in Slideshow view they will see a timer, presentation controls and slide thumbnails.

Outlook will allow users to access a number of useful shortcuts in the Touch Bar, display list of recent documents when composing emails and more.

If you use Office on your Mac then update the apps to the latest version in order to get these new features.