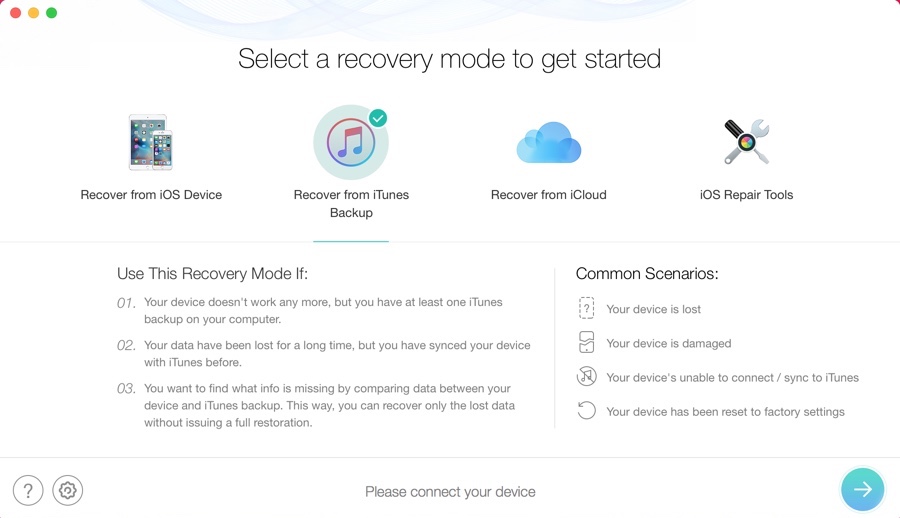 A few months ago we wrote about the PhoneRescue app, which makes it possible for users to instantly recover data from a damaged or lost iPhone or iPad. The tool allows users to rescue valuable data from iTunes backups, iCloud backups, irresponsive and damaged iOS devices and more. The best thing about it is that it is capable of recovering almost all types of data that includes contacts, photos, messages, reminders and much more.

Now PhoneRescue application has received a major update, which not only adds full compatibility for upcoming iOS 11 and macOS Hight Sierra updates but also adds tons of useful new features. The latest update makes the app much more powerful and even more capable of recovering user’s data in just a few clicks. The biggest news from this new update release is that now PhoneRescue can recover up to 31 different types of data from your iPhone, iPad or iPod touch. This makes it the only software available in the market to do so, that too at fast speeds and highest data recovery success rates.

As we wrote in our review of the PhoneRescue tool it allows users to scan the backups before recovering, so users have the ability to recover only stuff that they need. Now the good news is you also get to specify what kind of data you want to scan. This will make the process of recovering much faster, as you will no longer have to wait for the tool to scan the whole backup. You can now specify the types of data you want to scan and recover beforehand. One of the biggest reasons why users can’t get their data backup is because it is either encrypted, damaged or the iTunes backups have been corrupted to make it inaccessible. The latest version of PhoneRescue is now capable of restoring lost data. You also get the ability to restore the lost data directly on an iPhone, iPad or iPod touch allowing you to instantly use the data.

Other features added in this release include ability to fix stuck on Apple logo during boot up, fix boot loop issues and black screen issues on iPhone and more. You can also solve issues caused by jailbreak without losing your data.

You can download the PhoneRescue app for your Mac or Windows computer for free. If you like you can buy the full personal license for $49.99.