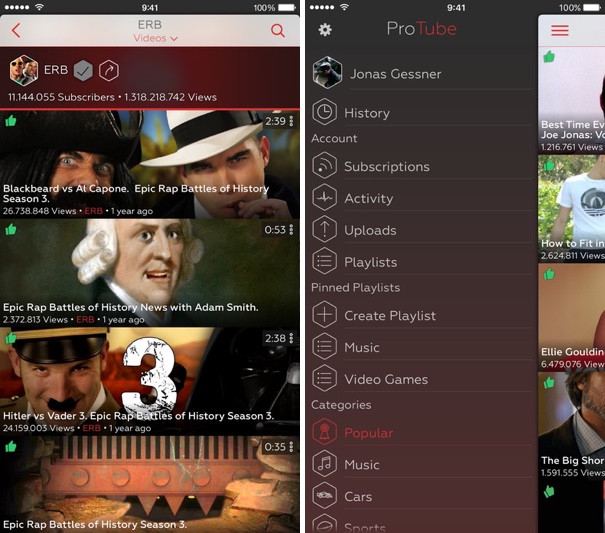 Most people are satisfied with the official YouTube app, however if you are looking for some important features like background audio playback, ad-less experience among other things, then you are out of luck. YouTube does offer these features but only if you purchase the Youtube Red subscription, which is not only paid but is only supported in a handful of countries. ProTube for YouTube app fills the gap by bringing the most wanted features for iOS users.

With the ProTube for YouTube app for iOS, you can enjoy music or audio in the background when you exit the application. This makes it easier for users to listen to their favorite songs on YouTube in the background while their iPhone is in their pocket or when they are using some other app.

ProTube also disables YouTube ads so you will no longer have to watch annoying un-skippable commercials before you can watch the video.

ProTube for YouTube app is available in the App Store for $3.99. If you are not interested in paying $3.99 for ProTube and just want to have the background playback feature, then try Youtube++ for free.