If you have ever used the Music app, you probably know that some of the screens have become cluttered with the addition of Apple Music. On the now playing screen, there are a total of 11 buttons, with a button revealing even more buttons. Acapella II tweak, which has been made for iOS 8.4, allows you to customize which buttons show on the Miniplayer, Now Playing, and the Lock screen. However, it doesn’t take away those button’s functions. Acapella II replaces it with some slick gestures, which are highly customizable. 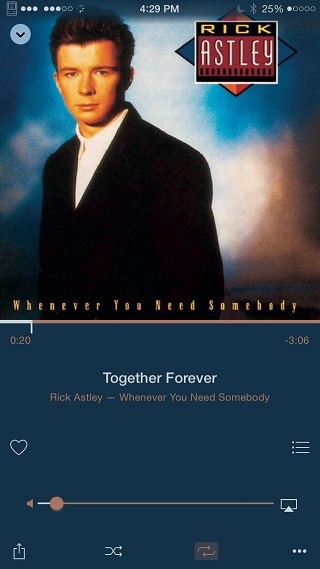 It is clear that a lot of work has been put into Acapella II. In the settings panel, there is a giant Acapella II logo at the top, which gets either bigger or smaller, depending on which way you scroll. You can then customize which gestures do what, and on what screen. For example, in control centre, if you slide on the music title, it switches in to the next or previous song. This, however, removes the ability to access EqualizerEverywhere. So I configured it so when I hold on the song title, it will go to the EqualizerEverywhere screen. Acapella II is a customizer’s dream. 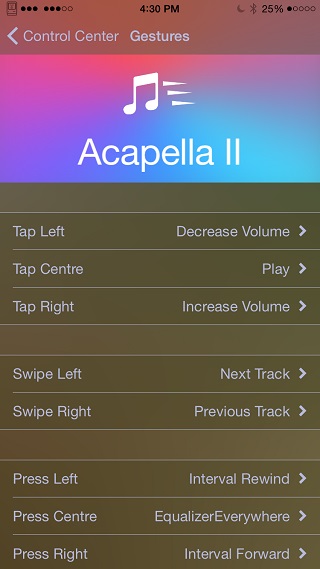 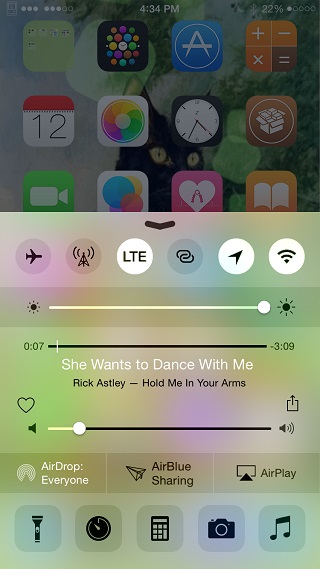