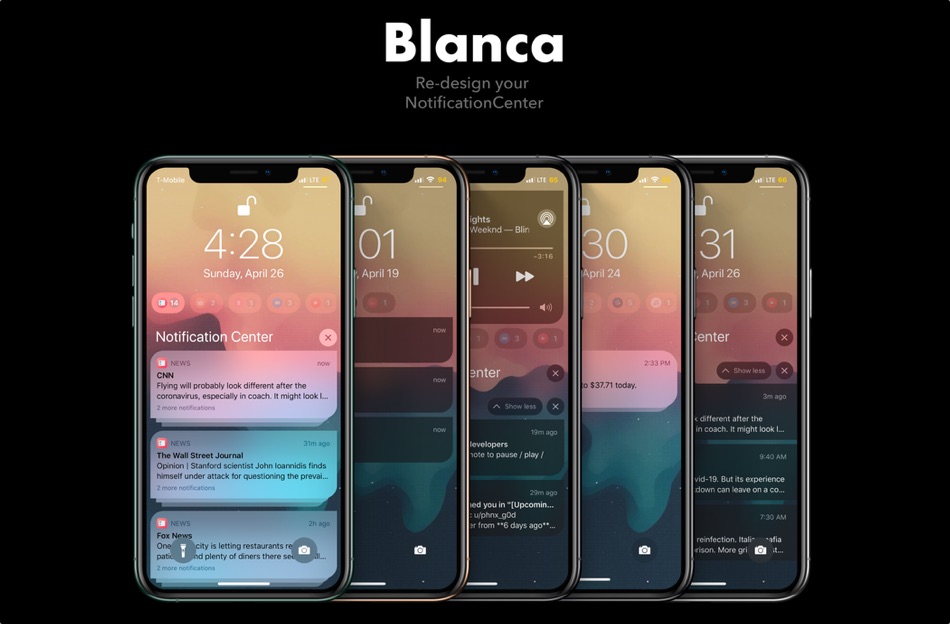 Blanca is a newly released Notification Center tweak that gives users an opportunity to redesign their device’s Notification Center. With this hack you can change the design of the notification banners that appear on various iOS screens and make them look just the way you like.

By default Blanca is designed to bring a leaf style design to the banners, which makes them look significantly different than their stock look. However if you’re not sold on the leaf style, then you can also modify the look of the banners based on your own personal style.

Blanca allows users to add a custom radius to the notification banners, which can result in making them more pointy or rounded from the corners. You can even achieve an Android-inspired edge to edge notification style on your device.

The tweak is not limited to modifying the look of alerts, as it can also be used to add the leaf style to widgets, media player and dock. 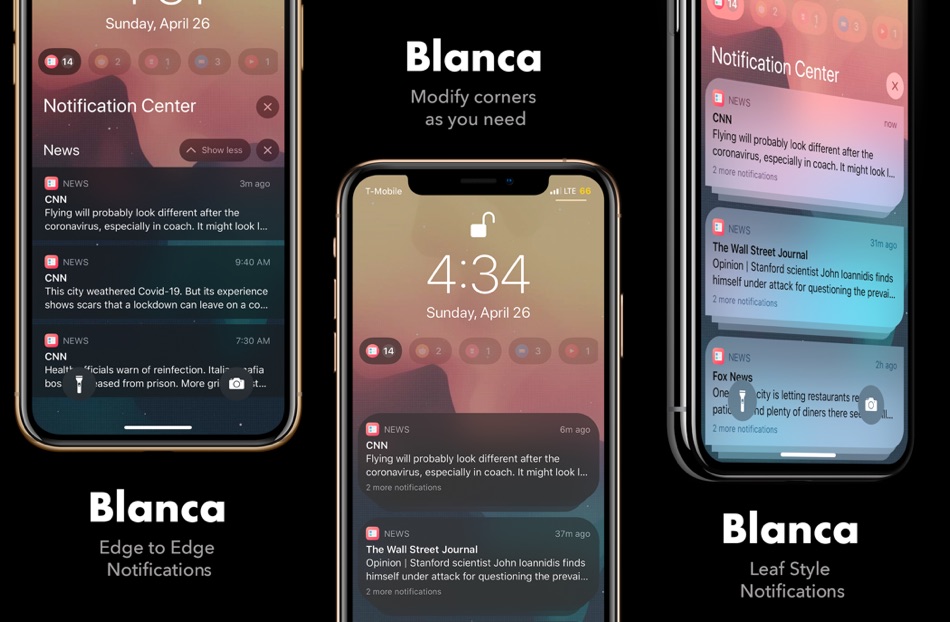 Blanca is compatible with a bunch of other visual jailbreak tweaks including ColorBanners3, ColorMeNotifs and more.

You can download Blanca tweak from Cydia or Sileo’s Packix repo, where it is available as a free download. It supports iOS 13 version up to iOS 13.4.1.