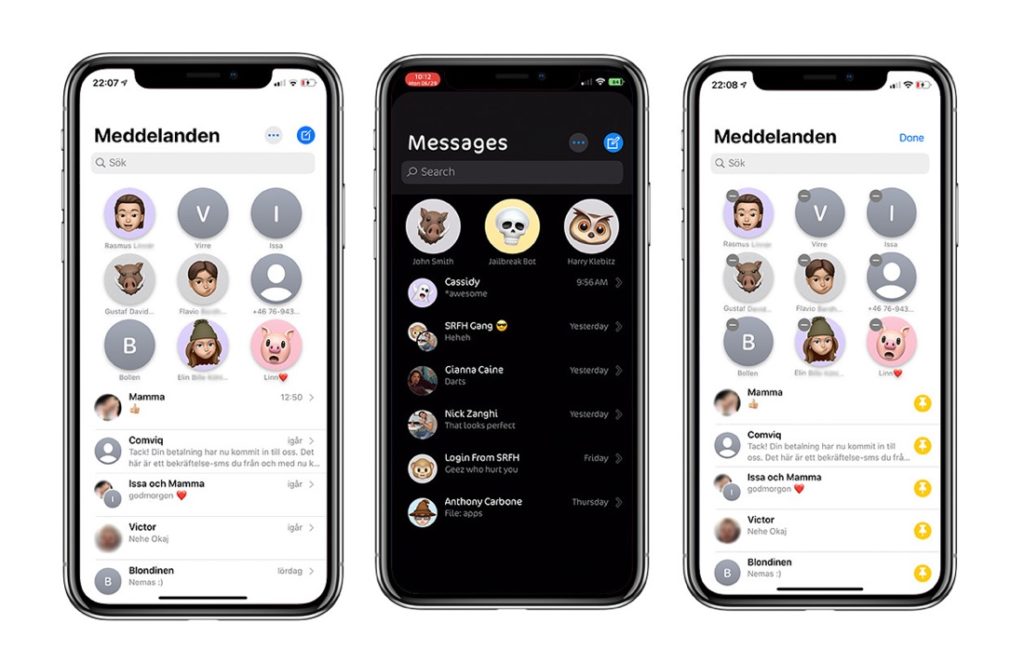 Messages app gains a nice thread pinning feature in iOS 14 that allows users to pin important conversations at the top of the conversation list. This is a super useful feature that will make using the Messages app even more convenient.

A new jailbreak tweak called Caim ports the iOS 14 feature to iOS 13. This essentially allows jailbreak users to enjoy the feature of the future iOS version right now that too without installing iOS 14 beta on their devices.

Caim replicates iOS 14’s message pinning feature where the pinned messages threads and groups appear on top of the thread list in the form of large thumbnails. This tweak’s implementation is so well done that it is hard to tell if you’re using a jailbreak tweak or using iOS 14’s native pinned conversations feature. In fact the developer says his aim was to make the tweak as close to iOS 14 as possible, and to that we say job well done.

Caim tweak is compatible with both iPhone and iPad. It works with iOS 13 or later. You can download it from the Twickd repo for $1.29.