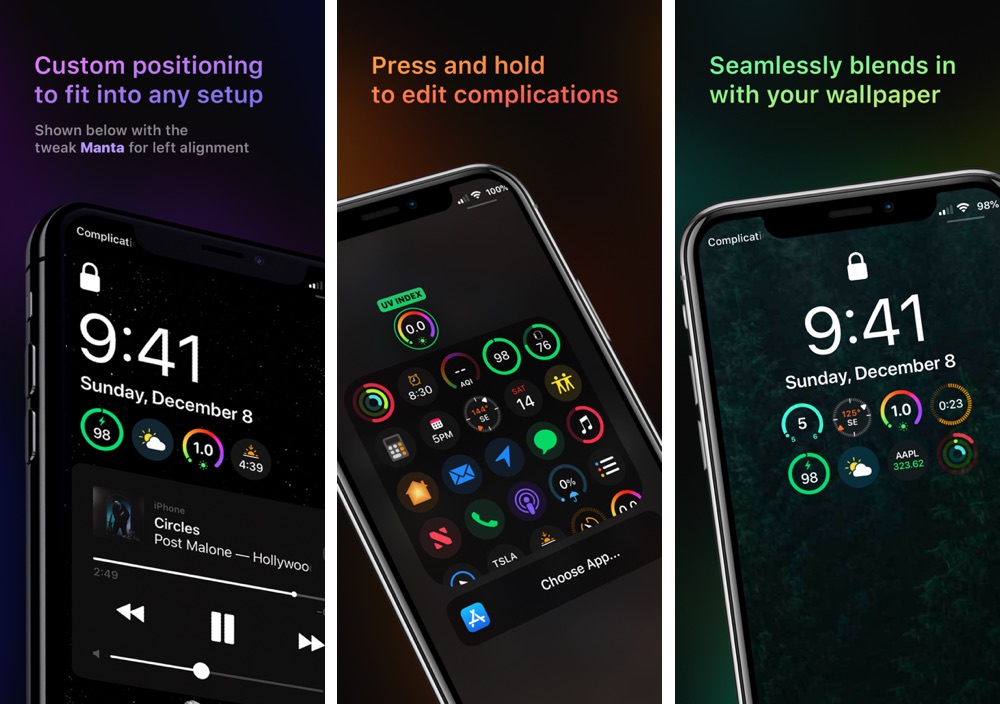 The popular Complications tweak for jailbroken iOS devices has received a major update that brings a number of new features and complications to the tweak. For those of you who don’t know what Complications does, this clever tweak brings watchOS watch face like complications to the iPhone lockscreen, enabling users to access information from within apps and quickly launch apps without unlocking their device with slide up gesture.

Other changes for the Complications tweak in this release include bug fixes for a number of issues, AppList is no longer required, the selection menu should appear even on locked devices and more. You can learn more about the changes on Reddit here.

Complications 3.0 with new features and improvements is available to all users  who own the tweak already for free. For those of you who have not purchased it previously, it is available for $1.99 under the Packix repo. The tweak works with iOS 12 or later and is compatible with iOS 13.