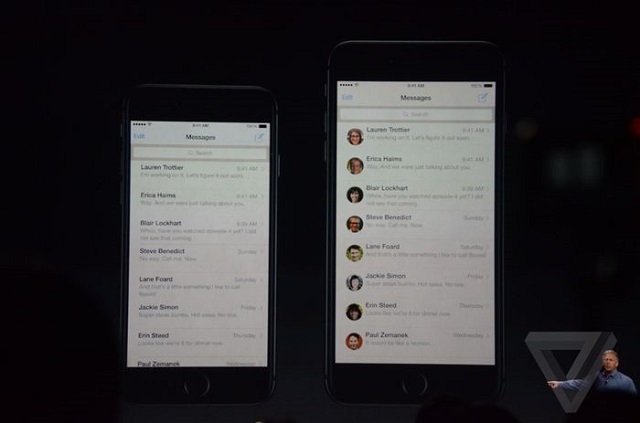 A new Cydia tweak called ConvoPics for iOS 8 brings iPhone 6 Plus’s Messages conversation pictures to all devices. It is a simple new tweak that is one of the first ever to be released for the new operating system following the iOS 8 jailbreak release. The tweak requires iOS 8 to run and simply enables the default iOS feature of the bigger iPhone on devices that do not support it officially. There are no settings to configure.

It was predictable that as soon as a jailbreak will become available for iOS 8 many features that are exclusive to iPhone 6 Plus will make their way to other devices with smaller screens. Now we anticipate that the new iPad-like landscape mode of iOS 8 that brings a dedicated landscape mode for the homescreen and several stock applications will also be making its way to iPhone 6 and other devices.

You can download ConvoPics on your jailbroken iOS 8 device. It is available for free under the BigBoss repo. (image: TheVerge)