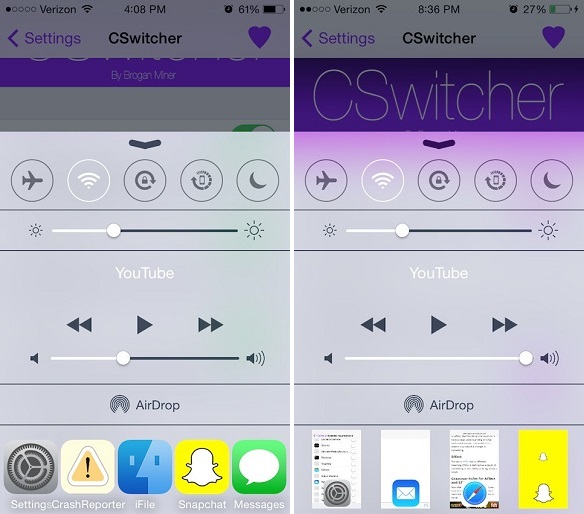 CSwitcher offers several customization options as from settings you get the ability to choose between the simple icon mode shown in the first screenshot above and the app preview mode visible in the second one. Users can configure the tweak to show either 4 or 5 apps at onces as well as enable or disable paging. If paging is disabled then the icon will appear in a continuous flow.

CSwitcher is a nice tweak for those who don’t like to press the home button to get to the app switcher. If you like it then you can download it from Cydia’s BigBoss repo for free.

Jailbreak: Upgrade your iPhone, iPad or iPod touch to iOS 7.1.2 before its too late
FacePane tweak will let users Facetime from any part of iOS [teaser]