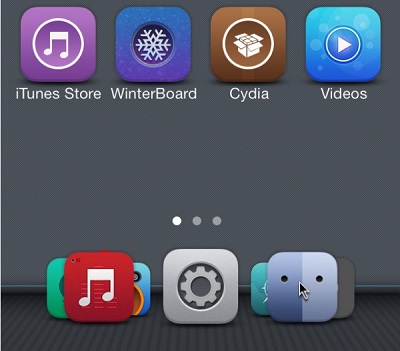 Everyone loves the Barrel tweak due to the refreshing animations it brings to the homescreen icons. If you like Barrel then you will be interested in new tweak that has been released in Cydia, which brings similar animations to the iOS 7 dock. The tweak called DockFlow (a.k.a BarrelDock) allows users to apply interactive effects to the dock icons. The hack not only adds fun animations to the dock but also increases its capabilities allowing it to effectively hold more icons.

DockFlow tweak features 10 animations and provides users with several customization options including icon spacing, icon perspective, paging, scroll speed, option to have continuous scrolling and more. The animation options include linear, rotatory, cylinder, wheel, coverflow, TimeMachine etc. The tweak can be configured through the settings app. No icons are added to the homescreen, which is always a good thing.

DockFlow is available in Cydia’s ModMyi repository right now. You can download it for $1.99.

1 Comment
AnyDrop enables you to Send/Receive any file including Music using AirDrop
Goo.gl Shortener for Action Menu lets you get short URLs from anywhere