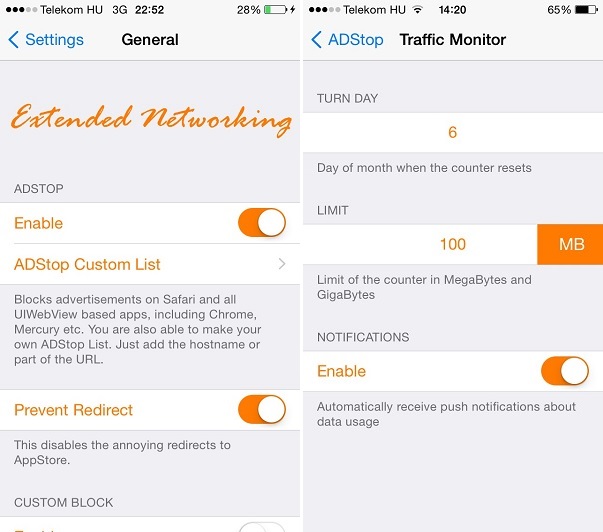 Have you been looking for a Cydia tweak that will allow you to manage different aspects of network connections on your iPhone or iPad. If answer to that question is yes then look no further and download Extended Networking tweak from Cydia. The hack for jailbroken devices allows users to block certain URLs, ad networks, auto redirection and sports a Notification Center widget that shows you internet bandwidth usage with a swipe. All the features offered by the tweak can be controlled from the preference page, which is available through the Settings app.

The block feature of Extended Networking enables users to block different URLs and web pages that contain pre-defined strings. You can add URLs to block in tweak’s Settings. This feature can be used to block unwanted content and you can use it to even block inappropriate websites. It features a blacklist with “thousands of hosts” and effectively blocks ads on whatever website you visit. The AdStop feature however does not work in Safari on iOS 8.1.1 and iOS 8.1.2.

Another important feature of this tweak lets you block automatic redirection to App Store or other apps. With Extended Networking tweak installed you will be asked with a popup whether you want to leave the browser and be redirected to a certain app. 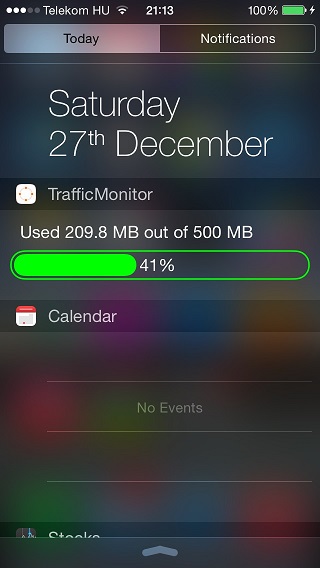 Perhaps the most useful feature of this tweak is its Notification Center widget that shows the bandwidth usage in the form of a bar for 3G, LTE or Edge. You can set your maximum limit, after which the tweak will display a progress bar telling you how much bandwidth you have consumed.

The developer has shared his plans of adding new features to the tweak including a Child mode, a block feature for data usage after you have consumed a pre-defined amount of bandwidth among other things.

You can download Extended Networking tweak from Cydia for $2. It is fully compatible with iOS 8 or above.