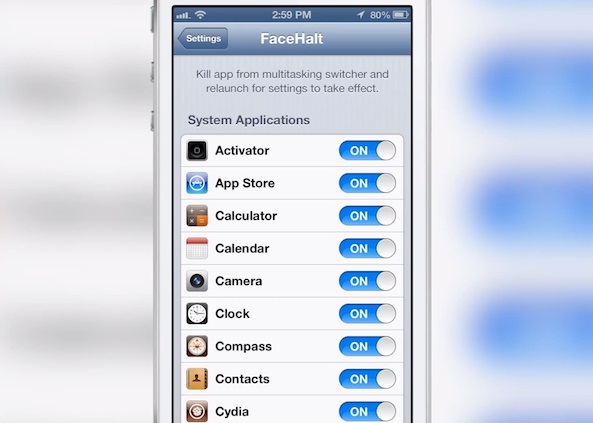 The feature is exclusive to Galaxy S4 and is not available on iPhone or any other device by default. However if your iOS device is jailbroken then you can add Smart Pause to your Apple gadget. Available in Cydia right now for $2 FaceHalt tweak brings Smart Pause feature to iOS users.

The tweak is compatible with iPhone 5, iPhone 4S, iPad 2, 3, 4, iPad mini as well as iPod touch 5th generation. FaceHalt tweak uses the device’s front camera to detect if you are looking away from it in which case it pauses the video that is currently playing.

After installation users can activate and configure FaceHalt tweak from settings. There are a few settings to configure which includes the toggle to turn it on or off.

Click to comment
How to remove Cydia from your iPhone, iPad or iPod touch using iTunes
Replace Slide to unlock with Nintendo-like game controller with Control Unlocker tweak