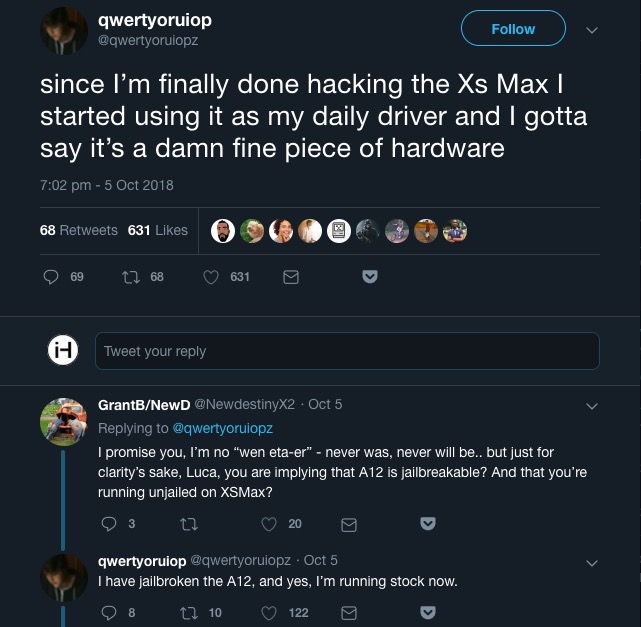 This is not the first iOS 12 jailbreak that has surfaced online, in fact it joins the ever growing list of developers who boast about jailbreaking iOS 12 online but do not show intention of releasing one for public. Previously Alibaba’s Ali Security team and Chinese hacking team PanGu both have demonstrated iOS 12 jailbreak on separate occasions, with PanGu even showing an untethered iOS 12 jailbreak.

What makes Luca Todesco’s iOS 12 jailbreak different though is the fact that it is made possible on an iPhone XS Max. Previously we have seen jailbreaks on iPhone X and iPhone XS, so for XS Max users this is something they can get a little excited for.

While Todesco has no plans of releasing the iOS 12 jailbreak, it is reassuring to know that iOS 12 on A12 Chip is jailbreak-able on both iPhone XS and XS Max. We now have three confirmations from credible sources who have a good track record of hacking iOS. Now it remains to be seen if someone will actually put effort and release it for everyone to enjoy as well. (Source)