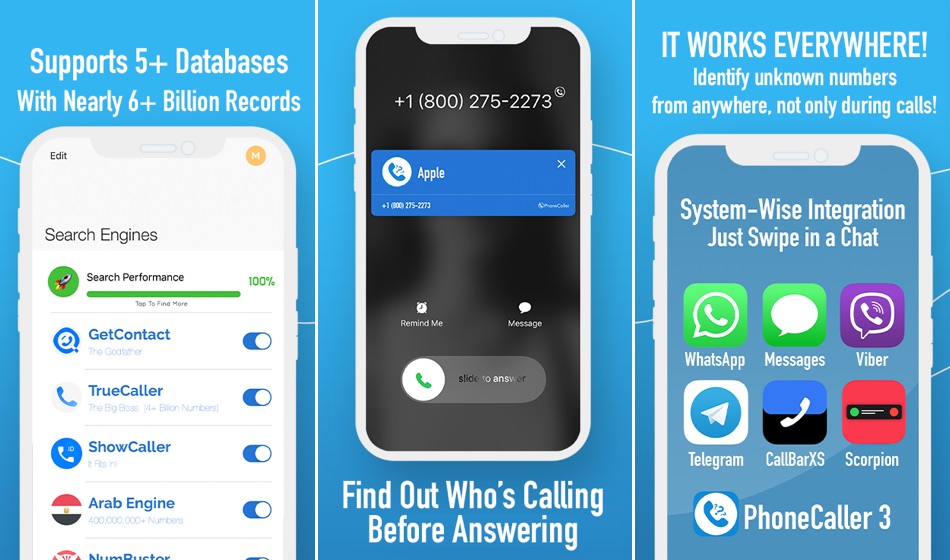 Do you receive a lot of calls from unknown numbers? If so, then PhoneCaller3 tweak for jailbroken iPhones is here to help. This powerful jailbreak tweak is designed to let you know who is calling you before you pick up the call.

This is not a new caller ID tweak as the original PhoneCaller was released back in 2015. PhoneCaller3 tweak takes advantage of a database of over 6 billion records in order to find out in real-time who is making the call. If the tweak is able to figure out who is calling it will display the live caller ID on your iPhone’s screen. This will make the decision of whether you should pick up the call or not extremely simple.

In addition to showing the details for incoming calls, PhoneCaller3 will also let you know who the number belongs to when you are making the call yourself. As you type the number on the screen you will be shown the caller ID for that number. This feature is great for knowing whether you have the right number beforehand.

PhoneCaller3 takes its data from popular caller identifier apps including TrueCaller, ShowCaller, GetContact, NumBuster and anarab search engine. It then combines data from all these sources to show you details of calls of over 6 billion phone numbers. The tweak can also find out details for a caller even when you are not connecting to the Internet.

PhoneCaller3 works with the stock Phone app. It also supports a range of third-party communication apps such as WhatsApp, Viber, Telegram and more. Third-party call UI tweaks like CallBarXS and Scorpian are also supported.

PhoneCaller3 tweak comes with a free 2-day trial. After which you will have to buy a license by paying $4.99 a single time. The tweak also offers a 50 percent discount to those who already own PhoneCaller2. (Reddit)