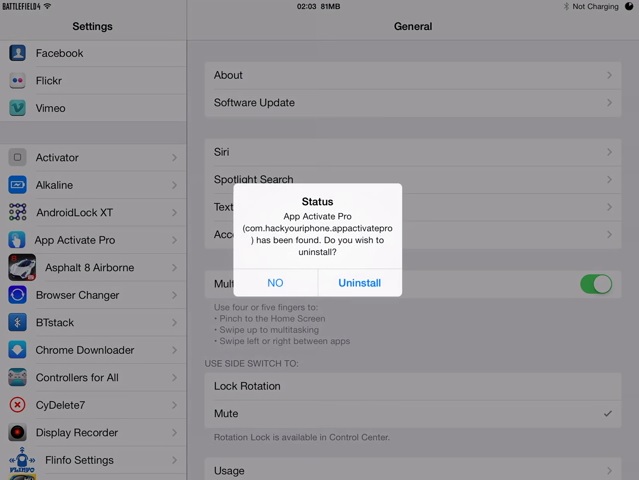 Every Cydia user knows how annoying it is to delete a tweak from your jailbroken device. Normally you have to go through Cydia and perform a number of steps to get rid of the tweak you no longer need. A new hack called PrefDelete makes the process a lot more simpler by allow users to uninstall Cydia tweaks right from the Settings app of their device. To delete a tweak all you have to do is go to Settings page and scroll to that tweak’s preference page.

Afterwards simply tap and long hold on the preference cell of the tweak. This will display a dialog box confirming whether you want to uninstall that tweak or not. You can hit confirm after which that tweak’s preference cell will be removed from Settings app and its files will be deleted from your device.

Perhaps the best thing about PrefDelete is that you no longer need to respring your iPhone, iPad or iPod touch after you delete a tweak as you can keep using your device as normal.

You can see PrefDelete tweak in action in the demo video below.

PrefDelete tweak is available in Cydia for free under the BigBoss repo. It reportedly works on iOS 8 in addition to iOS 7 powered devices.