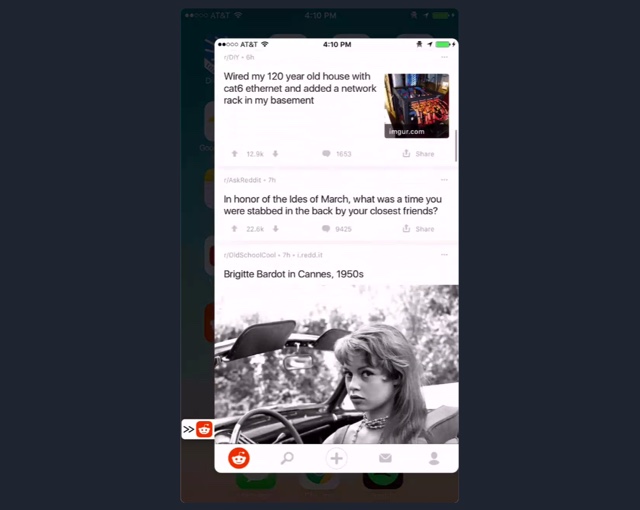 When you are actively using two apps at the same time on your iPhone or iPad, switching between the two can be an annoying process. You have to constantly double press the home button to access the App Switcher and then tap on the app card you want to switch to. PullOver 10 tweak aims to make things easier for the users by enabling them to essentially ‘pin’ an application, so they can access it instantly with just a few taps. It is not a new tweak as it has been available since last year, however iOS 10 support has now been added.

PullOver 10 places a small grabber on the right side of the screen that you can tap to either switch to the second app completely (pro-only feature) or partially pull it over and use it without switching to it entirely.

While you can keep one application pinned it is super easy to replace the currently pinned app with another one if you go for the pro version. You can access the list of other apps through the PullOver 10’s grabber. The tweak comes themes, rotation support and support for iPad. You can add additional features by upgrading to ‘Pro’, which will bring options to hide the grabber in screenshots, when video is playing, full screen mode and more importantly a feature that allows users to quickly switch the pinned app to one of their most recently used applications.

PullOver 10 is currently in public beta so the developer is quickly fixing bugs. You can wait for its final release of download it from Cydia by adding ‘http://reddoorendeavors.com/repo/’ to your Cydia sources. While the base tweak is free pro version that adds more features costs $1.99.