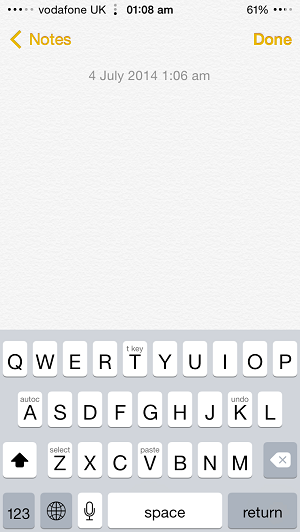 We have covered a number of tweaks that focus on making the experience of using iOS keyboard better. Today, we have got another keyboard tweak called SwipeExpander, which is based on a brilliant idea of allowing users to perform different actions by swiping up or down on a key. The tweak enables users to assign actions to keys from preferences and perform those actions while typing anywhere on iOS. There is a wide range of actions that can be assigned.

SwipeExpander has a number of actions that includes ability to insert custom text, select text, select all text, cut, copy, paste, undo, redo and dismiss autocorrect. The level of convenience this tweak brings to iOS keyboard can only be understood once you start using this tweak. After using it for just five minutes I got used to it and started utilizing it in my typing intuitively after a few more minutes. 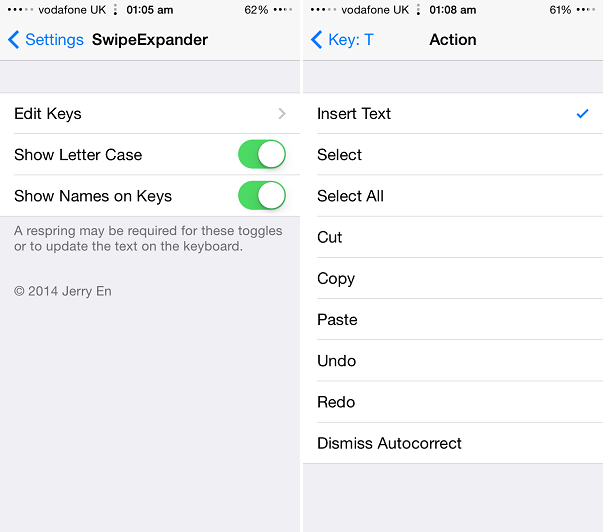 SwipeExpander is still in beta and can be downloaded from developer’s repository for free. The final version of the tweak will be released in Cydia store and will cost $1.50. Since the tweak is quite stable in its current form, it is a good idea to try it out in the beta stage if you intend to buy it once it is released. To download add http://cydia.jerryen.com to your sources. It is fully compatible with iOS 7.1.1.