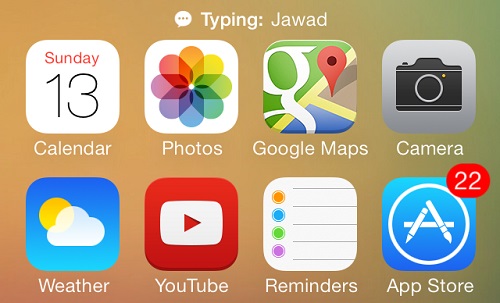 iMessage has a nice feature that enables users to know when the person on the other end is typing a new message, or has read the one they sent to him or her. However this feature is limited to the iMessage app only as when you exit the app you can no longer get this information. A Cydia tweak called TypeStatus changes this by showing the typing and read statuses in the iOS 7’s status bar.

Once TypeStatus is installed you will start getting “Typing:” or “Read:” statuses from the iMessage app. These notifications will appear as Status Bar Overlay replacing all other elements of iOS status bar for a few seconds.

In addition to the Status Bar Overlay option the tweak also offers a ‘Status Bar Icon’, which is essentially an icon that appears in the status bar when the user at the other end is typing. In our tests this feature wasn’t working properly and kept appearing in the status bar even when turned off. 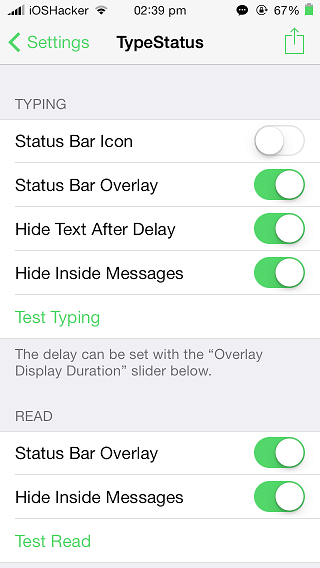 TypeStatus comes with a preference bundle accessible through the Settings using which users can configure how tweak works that includes changing the overlay display duration. They also get the option to select between slide and fade animations.

You can download this tweak on your iOS 7 powered device from Cydia. It is available for free under the HashBang repository. If you don’t have it already you can find the repository URL here.