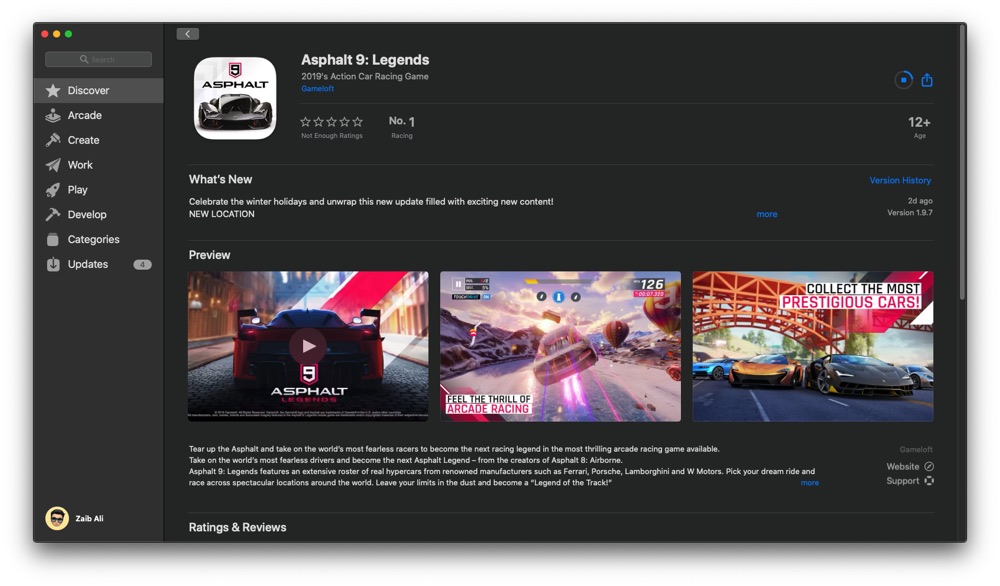 After months of delays Gameloft has finally launched its popular Asphalt 9: Legends racing game on the Mac and it is now available to download through the Mac App Store. What makes Asphalt 9: Legends’ arrival on macOS important is the fact that it uses Apple’s Catalyst framework to port iOS game to the Mac.

The Mac launch of the app has had controversial delays, as Apple announced the game’s launch on its desktop platform at WWDC 2019 however following delays the company removed Asphalt 9 from its official website. At that point it became unclear whether Gameloft still has plans of releasing its popular racing game on the Mac using the Catalyst framwork. However with today’s launch we know the removal from Apple’s website didn’t mean Gameloft had dropped its plans altogether.

With Asphalt 9: Legends’ arrival on macOS, Mac users will now be able to enjoy the high graphics game on their computers and play against their friends, who can join them through their iPhones and iPads. Thanks to Catalyst Apple users get the Asphalt cross-platform gameplay experience. Although it is important to note that Gameloft has yet to push a new update to the iOS App Store before users will be able to enjoy cross-platform gameplay.

You can download Asphalt 9: Legends from the Mac App Store, where it is available for download for free with in-app purchases. The game requires macOS 10.15 Catalina or later to work.