Most users have a large iTunes music library that they also sync with their iOS devices. If you are an iPhone or iPad user, then chances are you use iTunes as your primary music player, regardless of the fact that you are a Mac or Windows user. Despite all the hate it receives from some users, the media player does offer some really nice features that you don’t find in other popular options. One of them, which makes the life of music listeners easier is the ability to cut a song’s playback and letting them select a starting and ending point for any song in their library. Once you crop a song’s playback the change is also reflected on iOS devices.

How to crop a song’s playback in iTunes 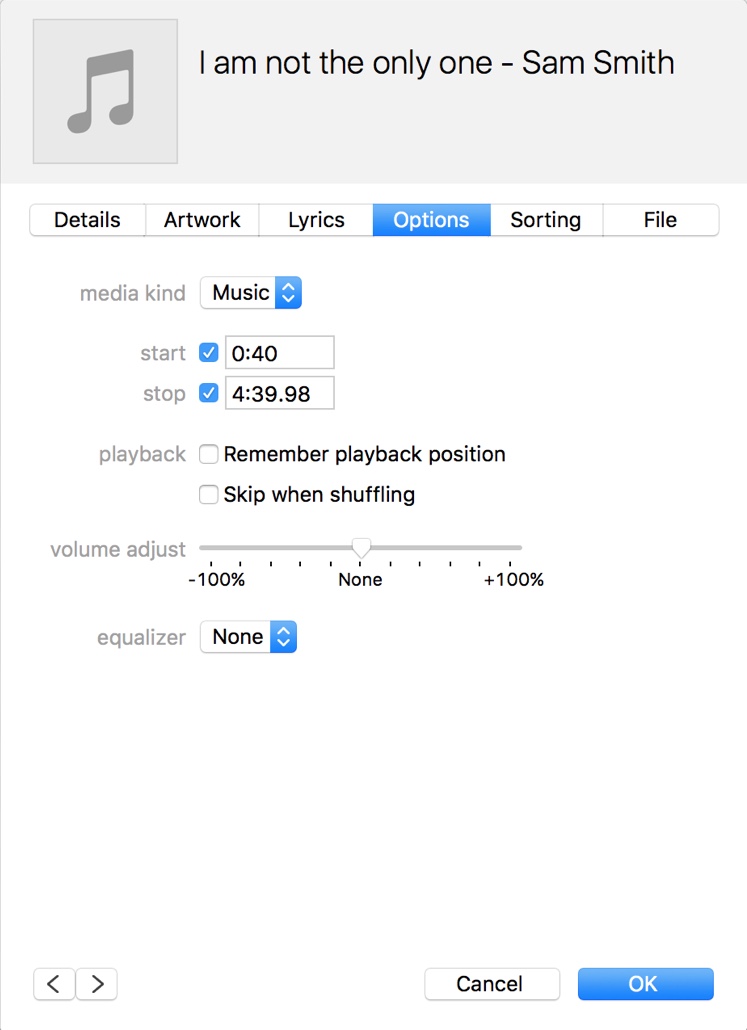 This feature is super useful for songs that have a starting sequence that you don’t like or if you have downloaded the song from a video website and that song also contains a scene that was meant for the song’s video. Cropping a song with this method using iTunes on Windows or Mac also has the same affect on iOS. So if you have change the starting and ending point of a song and synced your iPhone afterwards, the iOS Music app will also pick up the change and start/end from your specified point.

Sure you can use third-party audio editing and cutting tools but this way is much quicker and you are not permanently losing any part of your song. You can revert this change by simply removing the starting and ending points you entered.

Continue Reading
You may also like...
Related Topics:guide, How to, iTunes, music, tips, tutorial

How to share Live Photos to Instagram as a video file
VLC for iOS gets split-screen, Touch ID support and more