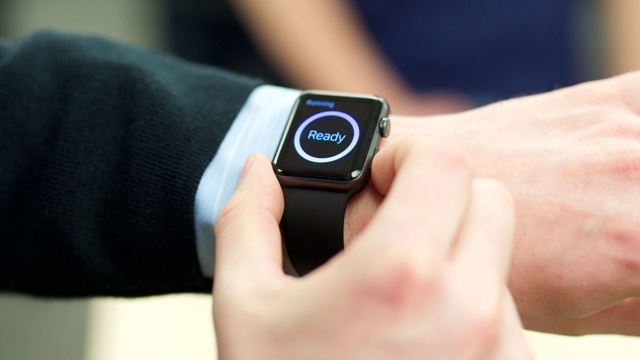 Apple Watch does not have an iPhone like app switcher that you could use to quickly switch between apps. However watchOS offers a super handy feature that allows users to quickly return to the last app they used. So if you are using two apps at the same time, you can switch between the two instantly by performing a simple action. In order to return to the previous app all you need to do is press the digital crown button twice in quick succession.

By double pressing the digital crown button you will be able to go back to the last app. So lets say you are using the music app and get a notification from the Messages app. You can tap on the notification, reply to the message and double click the digital crown to return to the Music application. This also works for other parts of the watchOS including watch face.

If you are not using this handy watchOS feature for switching between two apps, then returning to previous app can be a real pain involving returning to the homescreen, finding the icon and then pressing on it.

Did you already know about this tip or is this a new discovery for you. Let us know in the comments section below.

Continue Reading
You may also like...
Related Topics:Apple watch, How to, tips, tutorial, Watch tips, WatchOS