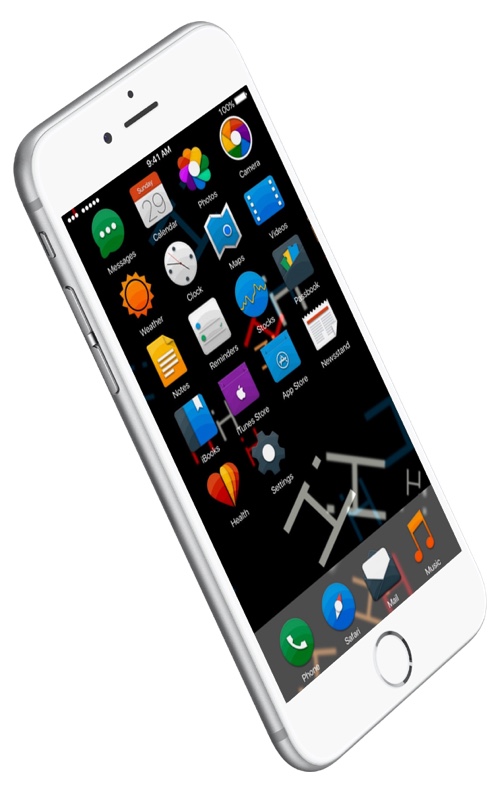 Apple has designed a grid system for app icons to follow so all the icons are unified. While this looks pretty good, sadly this, along with the fact that every app icon has to be a rounded square, can take away from the individuality of the app. If your looking for a theme in which each app icon has it’s own shape, look no further! We picked three quality themes for your iOS device that match this description! And not only that, but we will be giving away 5 copies of the theme “Cast iOS”! So keep on reading, and decide which theme is right for you! 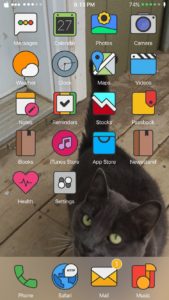 Despite the deceiving title, Darmatter iOS9 actually works on iOS 7, 8, and 9. It also is quite colourful, but each icon has a black outline around it. It actually looks quite like a cartoon. It packs a lot of icons in however; over 900! It also includes a custom status bar, UI, and dock. It works on iPhone and iPod Touch, along with the iPad. You can get Darkmatter iOS9, made by designer @_mowmo_, from the MacCiti repo for $3.49. 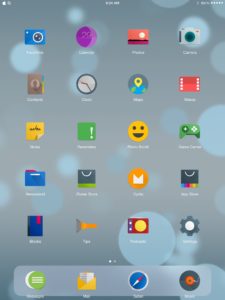 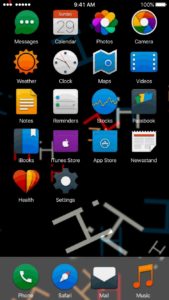 Cast iOS is a recently released theme, but it certainly doesn’t fall short on the amount of icons it includes. It features almost 300 icons, with more to be available via free updates. The colors that are used in this theme are more subtle in comparison to the other two themes featured here, but not too much that it makes it look dull. One of my favorite features that I haven’t seen been done before on any theme like this is that if a icon is not themed, it still has it’s rounded corners, rather than sharp ones, which I personally think makes it look much prettier. While it worked great on my iPhone, sadly it didn’t work so well on my iPad. You can get Cast iOS on the MacCiti repo for $1.39, or you can enter our giveaway for a chance to win 1 out of 5 copies, generously given by designer Ryan Kelly. Here’s how to enter:

If you don’t know where to find your Cydia ID, you can find it by opening up the Cydia app, going to the home page and selecting “Manage Account”. Sign in with either Facebook or Google, and once your signed in, under the button “Installable Purchases”, there should be your Cydia ID number!

The giveaway will end on Sunday, June 5th, 2016. The winners will be contacted, as well as posted here. Enjoy!

What did you think about these themes? Did you like them? How do you feel about icons not being tied to a specific shape? Let us know in the comments! And don’t forget to enter the giveaway!

Yet Another iOS 9.3.3 Jailbreak Demoed, This Time With a Promise of Public Release
New package on Cydia lets you to run Classic Mac OS on iOS