Glances are an important part of the Apple Watch experience, as they allow users to quickly access useful information and perform different tasks quickly. Depending on settings on your Apple Watch, your wearable might have certain glances that you don’t use at all or the ones that are more important to you can be at the end, in which case you have to swipe a number of times to reach them. In this post we will show you how you can reorder as well as remove certain glances from your Apple Watch. Follow the separate instructions below.

How to reorder glances on Apple Watch

Some glances are more important than the others. For example, I prefer having the music and the battery glance on first and second pages followed by others. Rearranging glances on an Apple Watch is super easy, just follow the instructions below. 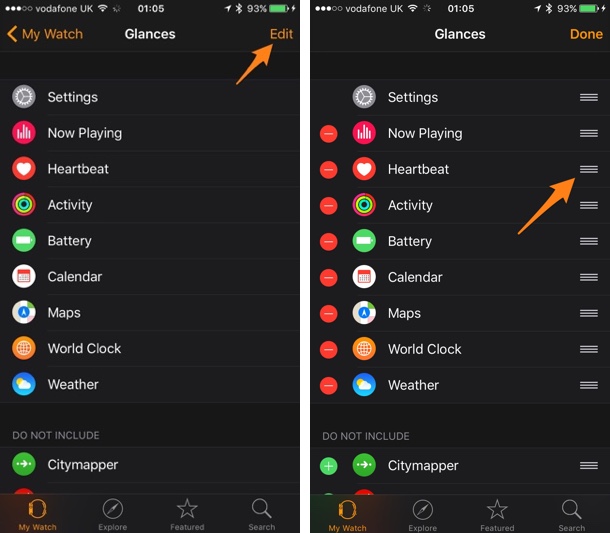 Keep in mind that the first glance on the list will appear on the first page, followed by second, third and so on.

How to remove glances on Apple Watch

If you find a glance unnecessary (yes, the Stocks one), then it is a good idea to remove it. Removing a glance that you don’t need can not only help in reducing clutter but also make scrolling through the glances screen quicker and more convenient. 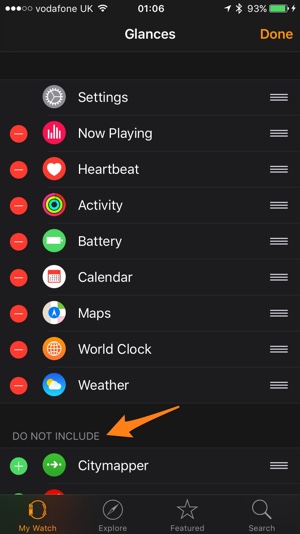 You can use the same method to include the glances that are in the do not include section, all you have to do is drag them to the top section.