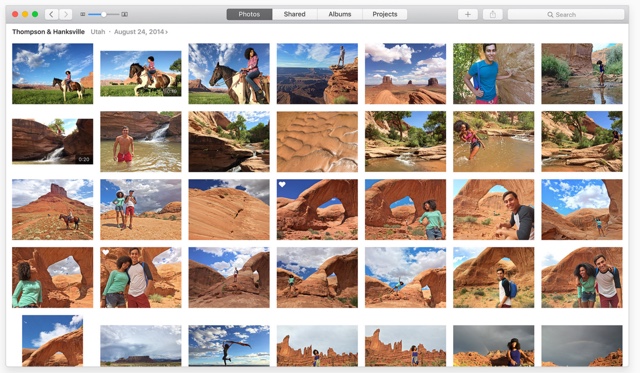 The redesigned Photos app of OS X, which is heavily inspired by the iOS Photos app, allows users to view and manage their photos more effectively. Using the app you can import your photos and organize them on your Mac in a few click. While the app is beautiful and well designed, it has its quirks. One of them is that it would list the photos in a single album by default. For example, by default photos taken with your DSLR or a high quality camera will appear in the same place as pictures taken with your iPhone. This can be a problem for professional photographers. Luckily Photos app offers a feature that makes it easier to separate different types of images based on a set criteria, with the help of ‘Smart Albums’.

Using the Smart Albums feature you can make the Photos app show all the images taken from a particular camera in a separate ‘Smart Album’. You can create a smart album to only show photos from your Canon E0S 70D DSLR or any other camera and another to show images taken with an iPhone 6s. To do so click on the ‘File’ button from the menu bar and then on ‘New Smart Album’.

Now fill out the information from your new smart album by giving it a name and setting up conditions or criteria. From the first dropdown menu choose ‘Camera Model’ if you want to list photos from a particular camera in this new album. Then from the second menu choose ‘Includes’ and finally from the third menu choose the camera model.

In addition to Camera model you can differentiate photos based on date, title, keywords, aperture, flash, shutter speed, ISO, lens and more. You can also set multiple conditions for a single smart album by clicking on the ‘+’ button.

Continue Reading
You may also like...
Related Topics:Camera, How to, Mac, OS X, Photos, tips