iOS 9 brought some really great multitasking features to iPads, namely the ability to run two apps side by side or to play a video in an overlay interface, while using any other app. While people love using both of these features many don’t realize they can also use them at the same time, maximizing iPad’s multitasking abilities. Activating both Split View and Picture in Picture mode on a supported iPad is pretty simple, as detailed by FinerThingsInTech blog. 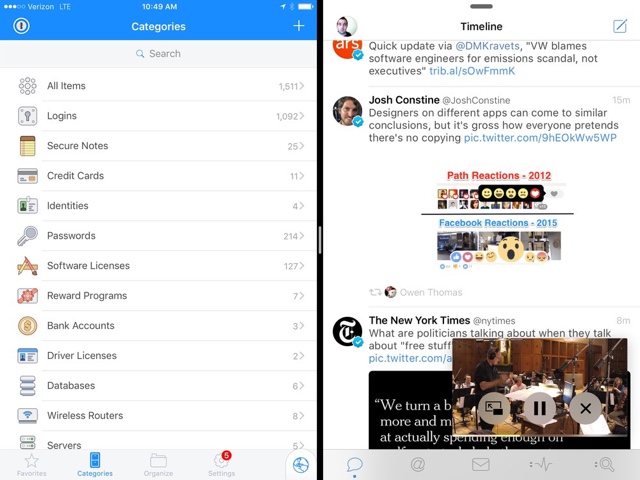 By following this easy to use method you can have two apps such as Mail and Safari running side by side, while a video is playing in an overlay as well.