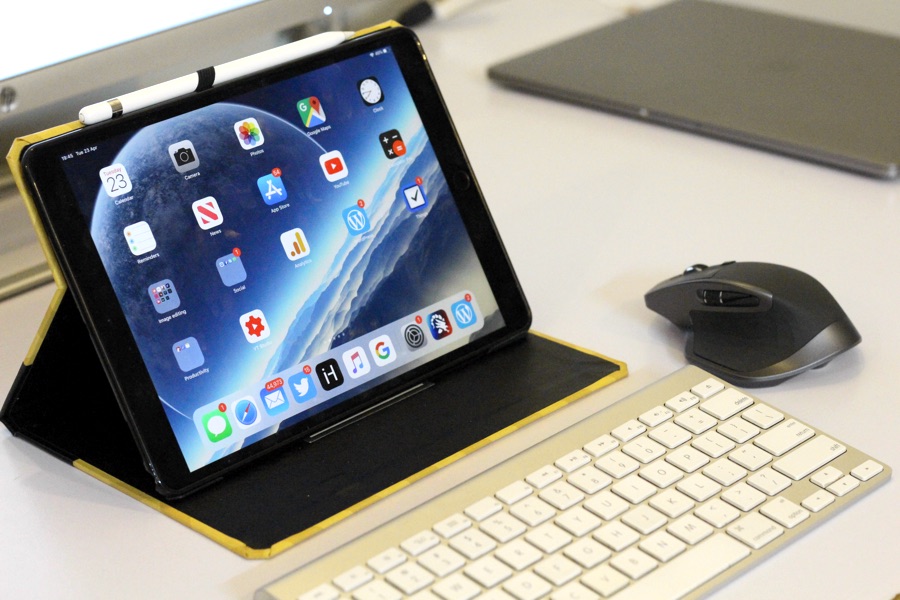 Mouse support on the iPad may have felt like a far-fetched dream just a few years ago, however it looks like it may become a reality this year at WWDC. According to new rumors coming from developer Steve Troughton Smith and MacStories Editor Federico Viticci Apple may be planning on adding mouse support to iPad, allowing users to use mouse with their tablet.

According to the developer iOS 13 will add mouse/trackpad support to the iPad as an accessibility feature that users will be able to turn on from Settings. This will allow iPad users to connect a Bluetooth mouse or a USB-C mouse with their iPad Pro. Smith believes that adding mouse support on the iPad shouldn’t be that difficult for Apple since the UIKit is already adopting mouse support on the iPad apps that are meant to run on Marzipan. Since third-party apps that are being offered on the Mac will already have mouse support, it makes sense for Apple to enable users to use mouse on the iPad as well.

With the optional support for mouse, those users who use their tablet with an external keyboard, and rely on their iPad to be a laptop replacement will have an easier time using the tablet. Since the mouse support is optional those who don’t want to use it can continue using iPad as a touch-only device.

with UIKit adopting all kinds of API for mouse support for the Mac, it makes a ton of sense to let that be leveraged on iPad too if somebody has a mouse connected. Not changing the OS for anybody using touch, but adding functionality for those who choose, or need it

Adding mouse support will make iPad more capable as a device and will open doors for apps that are more suited for desktop to be available on the iPad. Gaming on the iPad will also benefit from mouse support and enable iPad to become a serious gaming device for gamers who like to play first-person shooter games.

The addition of mouse support appears to be just a part of Apple’s grand plan of making iPad a viable laptop replacement. A process it started with the release of newest iPad Pros. The latest iPad Pro models not only come with USB-C port instead of lightning but they also allow users to use their tablet with an external monitor. By making iPad mouse and keyboard compatible, Apple is simply making it possible for users to interact with their iPad and perform tasks within apps without having to touch their device’s screen.

Apple’s Plans For Developer-Specific Changes In iOS 13 And macOS 10.15 Leaked
Pwn20wnd And Electra Team Issue Contradicting News Regarding A12 Jailbreak