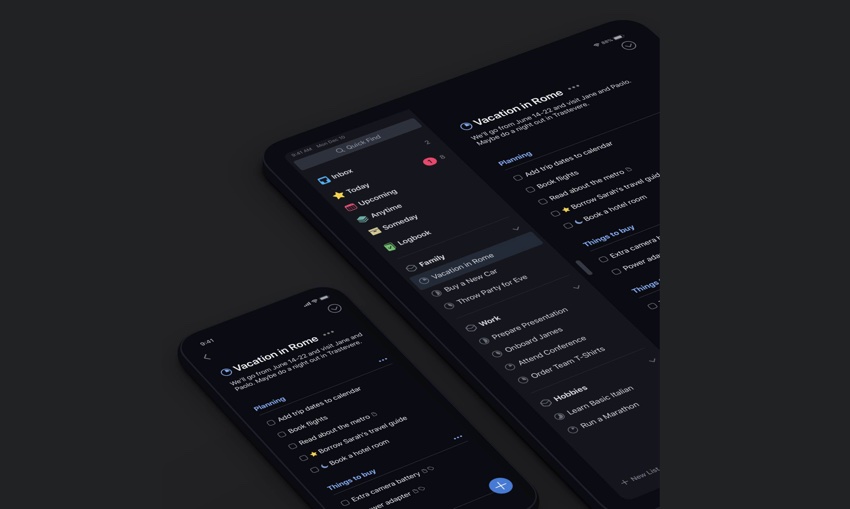 Popular productivity app Things 3 has received a major update, that finally brings the much requested ‘Dark Mode’ to its iPhone and iPad applications. After this update to the iOS apps, all versions of Things 3 that also includes the macOS app offer dark modes to users. If you are a user of this task manager, then head over to the App Store and update to Things 3.8 in order to get this new feature.

Users can activate Dark Mode on Things 3.8 by going to in-app Settings and then choosing ‘Dark’ or ‘Black’ themes from the Appearance menu. There’s also a ‘Switch Automatically’ toggle that when enabled changes the appearance based on device’s brightness settings. Although we would have also liked an option to switch the themes automatically based on time of the day, so you get dark mode automatically activated at night time. 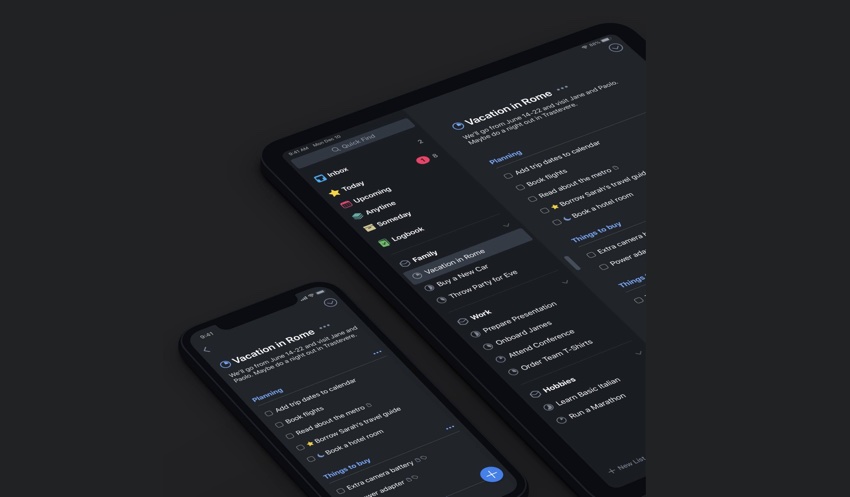 Things 3 now has three distinct appearances including Light, Dark and Black. While Light is the same old white theme, the Dark mode offers a dark greyish look, this looks good on LCD iPhones. However if you are looking for a true black mode, then Black is the option you want to select. This brings a dark black look to the iOS app, which looks especially good on OLED models such as iPhone X, XS and XS Max.

You can update to Things 3.8 and get the Dark Mode right now. If you don’t own the app already, then you have to buy the iPhone and iPad versions separately, which cost $9.99 and $19.99 respectively.

When Are Proxies Better Than a VPN? A Guide For Mac And iPhone Users
HomeRun App Adds Ability To Customize Complications