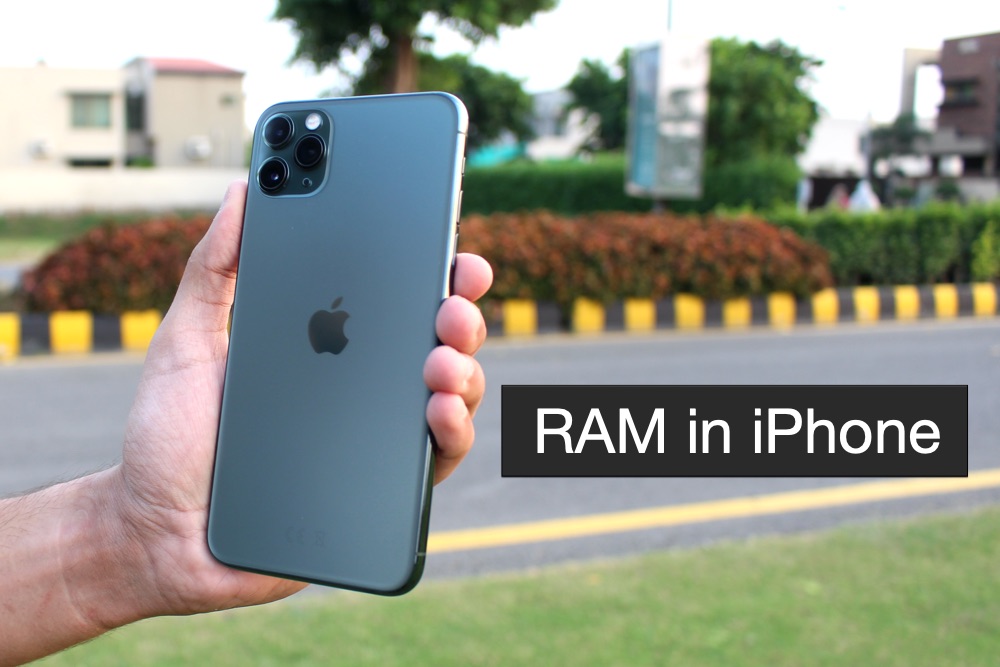 Just like any powerful computer a RAM is an important component on iPhone. While the amount of RAM may not seem as important on an iPhone as it does on other smartphones thanks to iOS’s superior RAM memory management it still plays a vital role in performance of your device.

If you are curious and want to know exactly how much RAM does your iPhone has, then you have landed at the right page, as that is exactly what we are going to talk about in this article.

What Does RAM Do On An iPhone?

RAM stands for Random Access Memory and is a place where a computing device performs its current processes. When you are using an app on your iPhone while music is playing in the background, all of these processes are stored and handled in RAM. iOS also keeps the processes running in RAM in the background to give you quick access to an app’s last used state. So when you open Safari and the web page is still loaded, that information was temporarily stored in RAM all this time.

Since RAM is limited iOS keeps killing or deleting older and unused processes to free up memory for more important tasks. You may have noticed that when you open many apps and return to an app you haven’t used in a while, iOS has to load its content again. This is especially apparent when you open Safari browser again after using a number of apps after it.

How Much RAM Does Your iPhone Has?

Coming back to our main question, here are all of the iPhone models and how much RAM each of these models has. This list contains information on how much RAM every iPhone ever released had. So if you were wondering how much RAM your iPhone 11 has or any older iPhone model, here’s your answer.

The list above is quite fascinating especially when you look at the RAM in iPhones released before iPhone 5. We can see that Apple started with mere 128MB and doubled it with iPhone 3GS. Then when iPhone 4 was released it was doubled once again to 512MB. Next came iPhone 5 two years later with 1GB of RAM and it wasn’t until iPhone 6s, which was released nearly 3 years later when Apple doubled the RAM again to 2GB.

Another interesting fact about RAM in iPhone is that with iPhone 7 Plus and iPhone 8 Plus Apple decided to give larger models 1GB more RAM than their smaller counterparts. Even last year’s iPhone XS and iPhone XR had varying amount of RAM. This has changed however with the iPhone 11 Series, as Apple has finally given all models 4GB of RAM.

Click to comment
Where’s Find My Friends App In iOS 13?
How To Fast Select Items In Lists With This iOS 13 Gesture