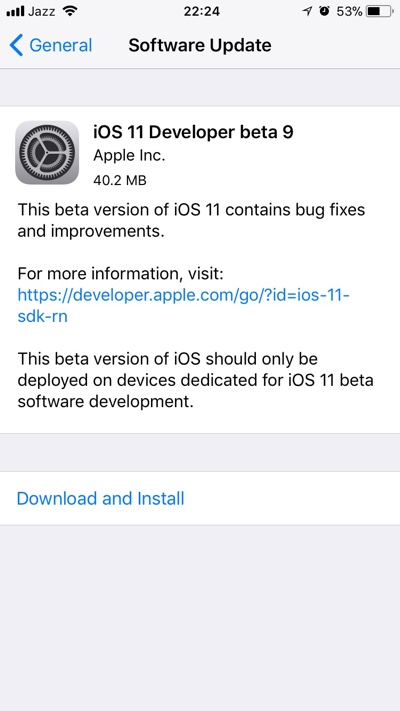 Just two days after the release of iOS 11 beta 8, Apple has unleashed iOS 11 Beta 9 and it is now available for download. The developer beta 9 appears to be tiny being a small 40MB over-the-air download for the iPhone 7.

The small size of the beta suggests it mostly contains bug fixes and performance improvements. The fact that Apple unusually chose to release another beta just two days after releasing one indicates the company has fixed some major bugs that were left in the previous release.

If you are a registered Apple developer, then head to the software update section of your iPhone, iPad or iPod touch in order to download the update. A beta configuration profile should also be available for download from the developers center.

We will update this post if any significant changes are discovered in this release.

Apple Announces iPhone 8 Event For September 12, Will Take Place At Steve Jobs Theater
How To Go Home Button Free On Your Current iPhone or iPad (Any iOS Version)