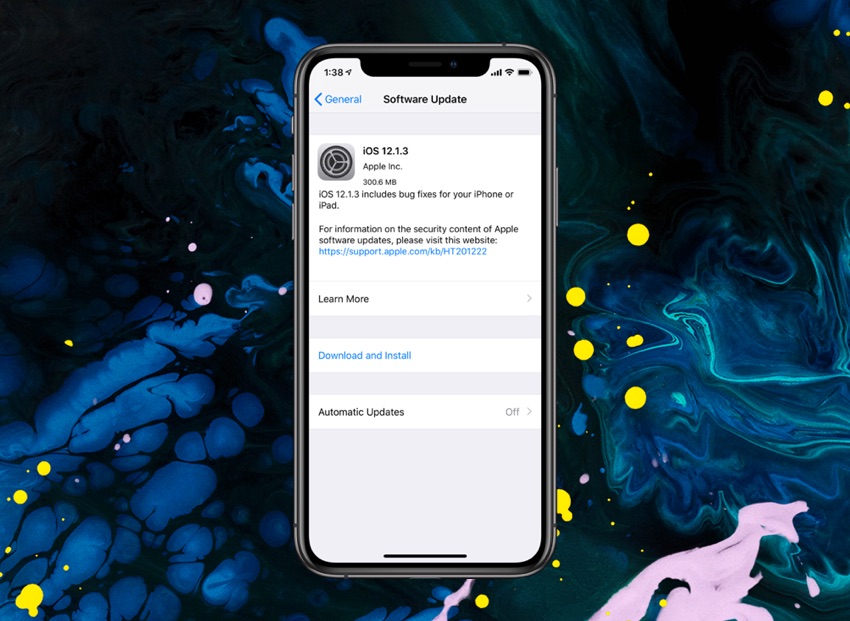 iOS 12.1.3, which focuses majorly on bug fixes and improvements solves issues in Messages app that could impact scrolling through photos in the Details view. It also addresses issues that caused photos to have striped artefacts when shared through the share sheet.

iOS 12.1.3 also fixes an issue that was causing audio distortion when using external audio input with the iPad Pro 2018. CarPlay system connection with iPhone XS, iPhone XS Max and iPhone XR has also been made for reliable in this release.

With this update Apple has also introduced bug fixes for HomePod that should fix the restart issues and an issue that was causing Siri to stop listening.

Apple To Make All OLED iPhones In 2020, Release AirPower In 2019
How An iPhone Can Bring Down A Company