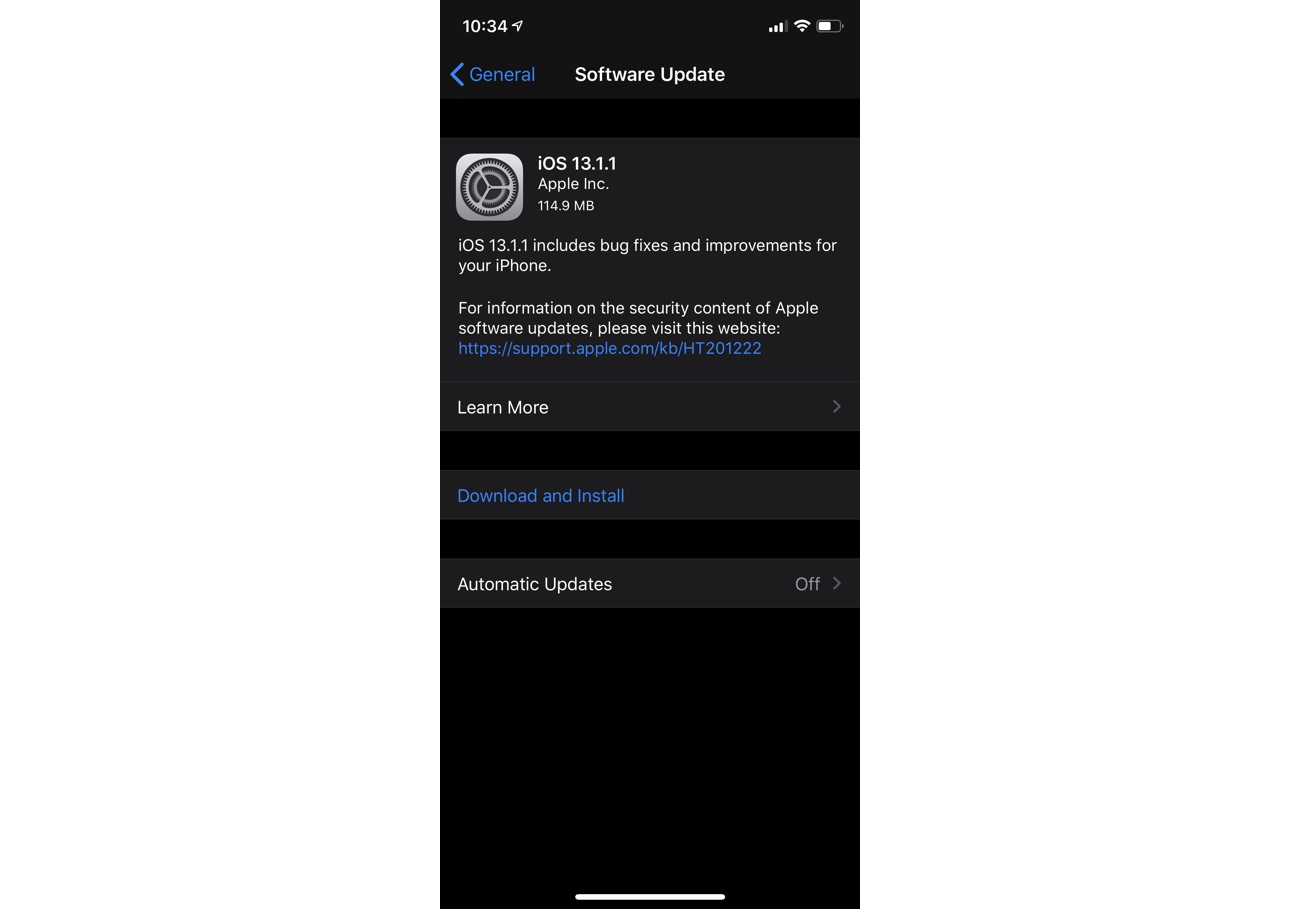 iOS 13.1.1 and iPadOS 13.1.1 updates focus on bug fixes and improvements for the iPhone and iPad. In this release Apple has solved several issues that iOS users have been facing since updating to iOS 13.

With iOS 13.1.1 Apple has solved the issue that prevented iPhone users from restoring from a backup. This update also solves the battery drain issue, Siri performance on iPhone 11, iPhone 11 Pro and iPhone 11 Pro Max, and it fixes the issue that caused Safari search suggestions to turn back on after user had disabled them from settings.

With iOS 13.1.1 Apple has also fixed the third-party keyboard apps issue that granted access to user’s data even when user had opted not to share it. Lastly this update addresses the issue with the Reminders app that caused the app to sync slowly.

You can update to iOS 13.1.1 right now by going to Settings -> General -> Software Update. You can also update through iTunes using the iOS 13.1.1 IPSW links provided below.