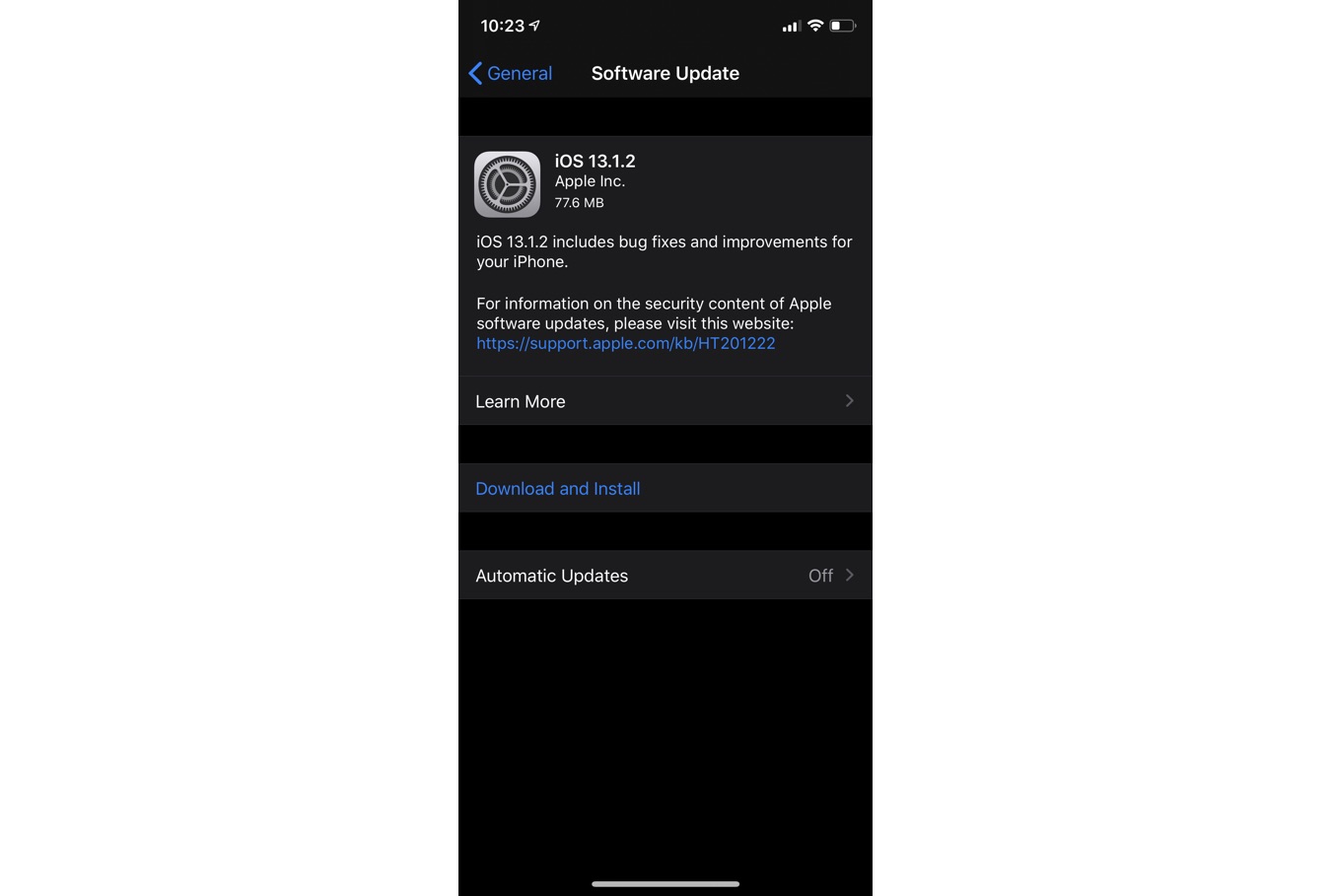 With iOS 13.1.2 Apple has solved the iCloud backup progress bar issue while fixing the bug that caused the progress to remain even after a successful backup. The update also fixes the issue that caused the Camera to not work.

iOS 13.1.2 update also addresses the issue related to Flashlight not working, the issue that caused loss of display calibration data, issue that prevented the HomePod to work with Shortcuts and Bluetooth connectivity issues on certain vehicles.

In addition iOS 13.1.2 Apple has also released watchOS 6.0.1 update for Apple Watch and it is now available for download as well. watchOS 6.0.1 solves the issue with Mickey Mouse and Minnie Mouse watch faces that prevented them from speaking time. It also brings a fix for issue that caused the Calendar complication to no display events. Just like iPhone this update also solves the bug that caused loss of display calibration data. You can download the update through the Watch app.

You can download iOS 13.1.2 and iPadOS 13.1.2 on all iOS 13 compatible iPhones and iPads including the latest iPhone 11, 11 Pro and 11 Pro Max by going to Settings -> General -> Software Update. You can also download and install iOS 13.1.2 automatically through iTunes or manually by downloading iOS 13.1.2 IPSW links given below.

How To Check AirPods Battery On Mac, iPhone, iPad And Watch
How To Find Your Apple Watch By Pinging It From iPhone