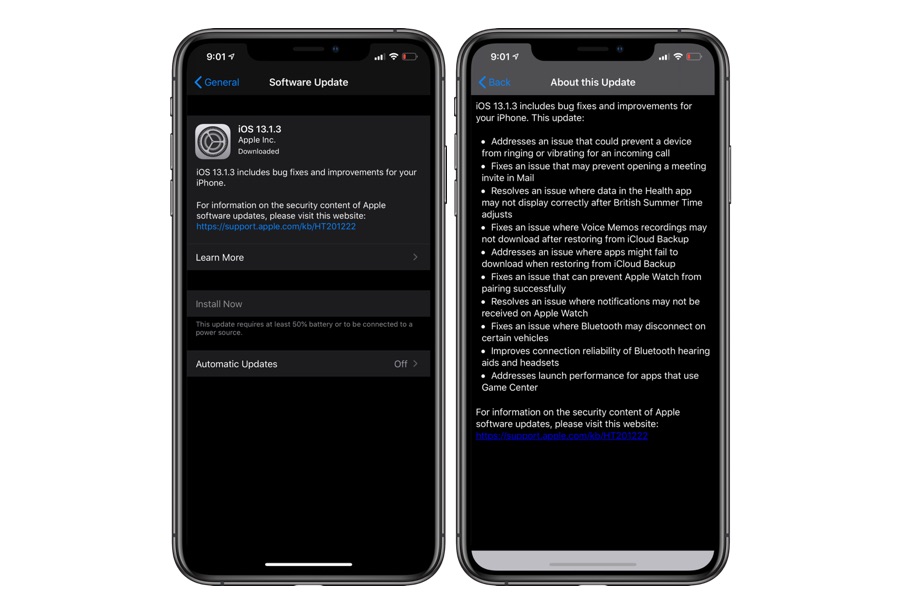 Apple has recently released iOS 13.1.3 and iPadOS 13.1.3 software updates. Both operating systems are now available on iOS 13 compatible models of iPhones, iPad and iPod touch. If you have not updated to iOS 13.1.3 already, then you can do so by going to Software Update section of your device.

Alternatively, you can use the direct IPSW download links for iOS 13.1.3 and iPadOS 13.1.3 for your device and use Finder on Mac, and iTunes on Windows to clean install iOS 13 on your device.

iOS 13.1.3 as you would expect is a minor software update that brings a number of bug fixes and improvements to the devices.

That’s not it as iOS 13.1.3 and iPadOS 13.1.3 also solve the issues related to Apple Watch that prevented the Watch to pair successfully and caused notifications to not appear on the Apple Watch. Other fixes improve Bluetooth reliability on vehicles, hearing aids and headsets. Lastly this update improves launch performance for apps that use Game Center

QiStone2: Wireless Charging On The Go (Review)
iPhone’s Personal Hotspot Wi-Fi Not Showing On Other Devices? Here’s The Fix