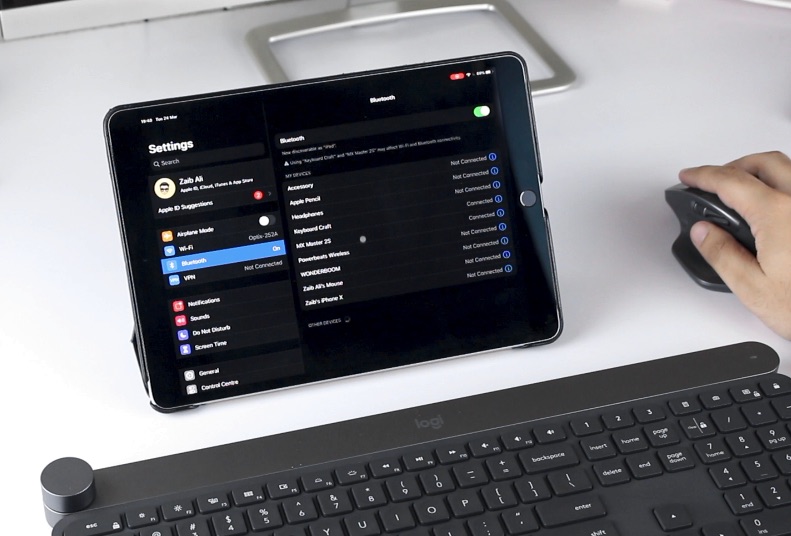 As it was announced last week, Apple has just released iOS 13.4 and iPadOS 13.4 software updates and they are now available on their respective devices. iOS 13.4 is a major update that brings a number of changes, especially for the iPads that are getting enhanced cursor feature.

You can now download iOS 13.4 software update on your iPhone, iPad or iPod touch by heading to Settings > General > Software Update. In addition to over-the-air, iOS 13.4 is also available through Finder/iTunes and on direct IPSW download links given below.

On the iPad, iPadOS 13.4 brings enhanced cursor feature that allows users to take better advantage of a connected trackpad or mouse accessory. Unlike the Accessibility focused mouse support that was added with iPadOS 13.0, this new enhanced support not only allows users to interact with their screen using a trackpad or mouse but also adds new multi-touch gestures for the trackpad that can be used to go home or switch between spaces.

iPadOS 13.4 cursor support allows users to easily access areas like Control Center and Notification Center by bringing the cursor to either top right or left corner and clicking.

The cursor also adapts to whatever it is pointing and changes its shape accordingly. For example, if you bring the cursor on top of a piece of text it will turn into a typing indicator, making it easier for users to select text underneath. When the cursor is pointing over a button it will turn into a button highlighter, enabling users to easily click on the on-screen button. Similarly when the cursor is pointing/hovering over an icon, that icon will increase in size. The cursor also changes color when moved around the home screen to make sure it is always visible.

Another new iPadOS specific feature targets the Photos app, which can now take advantage of keyboard shortcuts for creating quick navigation between tabs, search and creating album. Users can also use the keyboard to delete, duplicate and edit photos.