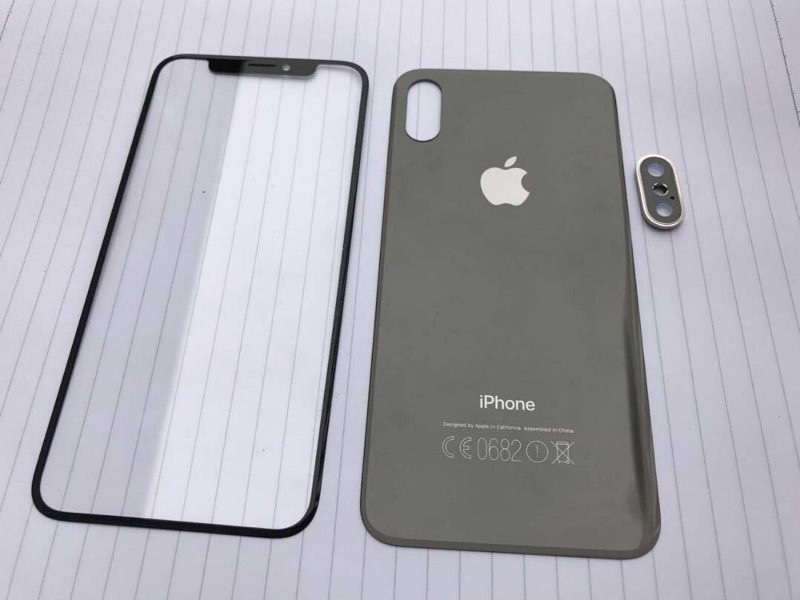 Now that we are past WWDC 2017, now is the time to truly focus on Apple’s next big event – the one at which the company will launch the 10th anniversary iPhone 8 among other things. This morning a few photos of alleged iPhone 8 components appeared on Reddit (via MacRumors), which seem to confirm the rumored design we have been seeing in concepts and previous leaks. In addition to components that are allegedly meant for iPhone 8, images of parts meant for iPhone 7s and 7s Plus were also posted.

These images have been leaked by someone who works in the case industry, according to whom the parts were sent to Chinese manufacturers last week. As seen in the photo that shows iPhone 8 component, the front of the device will be all screen, with a small but noticeable area on the top for front camera, speaker and microphone. This is consistent with the rumor based renders we have seen over the past few months.

The back panel shows an iPhone 7 Plus like camera cutout that is vertical instead of horizontal. iPhone 8 is also rumored to feature dual cameras on the back, which in addition to providing zoom will allow iPhone 8 to take 3D images and support AR apps. What’s more interesting about the back panel however is that it does not show a rear Touch ID. This is great news for those of us who were disappointed to hear the rumors that Apple might move the Touch ID sensor to the back of the device, much like many Android smartphones with edge to edge displays out there. This would also suggest that Apple has figured out a way to integrate Touch ID with the touchscreen. 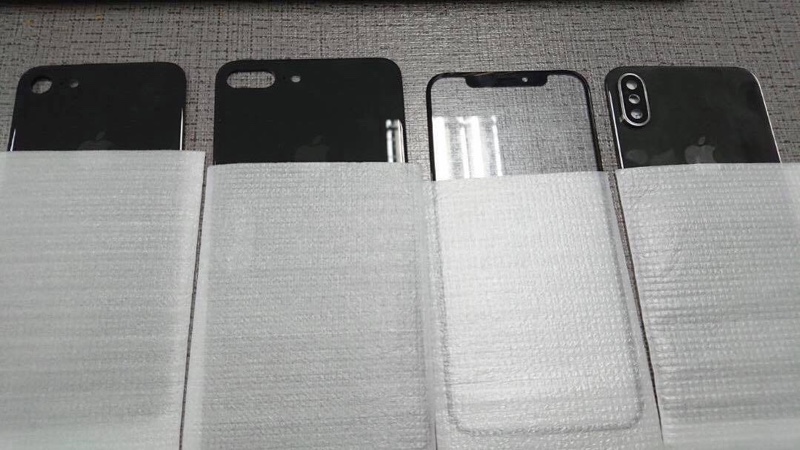 An image with back panels for all three upcoming iPhones was also posted on Reddit. In this image back panels made up of glass can be seen for iPhone 8, iPhone 7s and iPhone 7s Plus. The glass back panels may indicate that all three models will feature wireless charging since glass panel will allow electricity to pass through when the device is placed on a charging pod.

These leaked panels may very well be fake, however such leaks are usually based on credible supply chain information that are used by case makers and other accessory makers to create products in time for the new iPhone’s release.