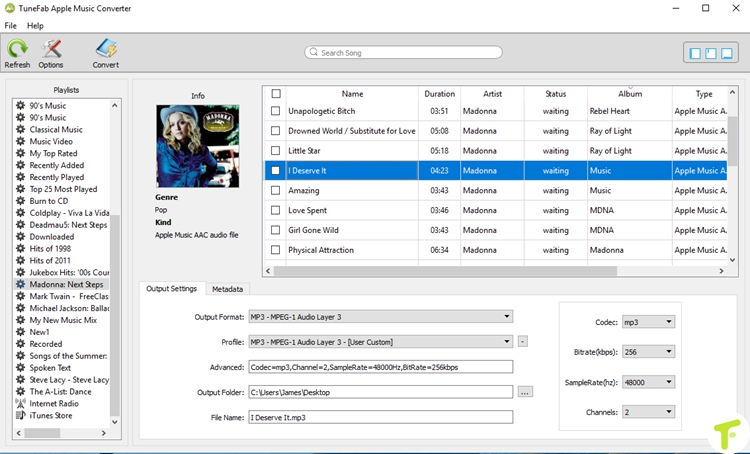 Apple Music has take the world by storm and quite recently crossed the amazing 27 million paid user milestone. If you are an Apple Music user, who likes to download your favorite tracks from the service, then you might want to check out the TuneFab Apple Music Converter tool for Mac and Windows. With this new tool you can convert Apple Music files into a variety of popular formats. In addition to that Apple Music Converter gives users the ability to convert iTunes and Audible audiobooks to format of their choice among many other things.

The best thing about TuneFab’s Apple Music Converter tool is that it lets you convert and keep the files even after you have cancelled your Apple Music subscription. You can continue to enjoy the songs and playlists you have converted without worrying about losing them ever.

TuneFab Apple Music Converter for Mac and Windows supports a wide range of formats. It can take your Apple Music or M4P files and convert them to plain MP3, M4A, AC3, MKA, AU, AIFF, FLAC and M4R formats. This means you will be able to transfer and enjoy them on non-Apple music players. The tool is even better at organizing the files for the users. With this tool you can customize the output file parameters and name formats. With this ability you can neatly organize hundreds of songs with ease. It also makes sure the converted files have the original ID tags and metadata intact.

You can customize the bit rate, codec, sample rate etc according to your liking. The tool offers batch conversion allowing you to convert multiple files at once at 16X faster conversion speed. 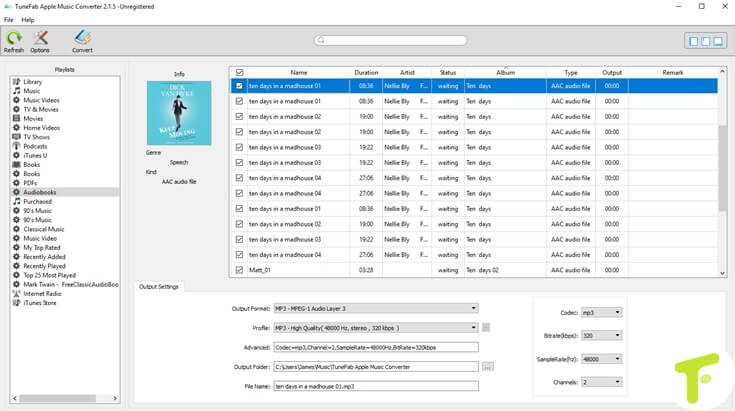 In addition to converting Apple Music files, you can also use Apple Music Converter tool to convert iTunes and Audible audiobooks. You can convert them into MPp3 and M4A file formats, without losing the chapter information, which is great. This way you can enjoy your audiobooks in a number of non-Apple devices including Android, Xbox One/PS4, your car audio player and more.

You get the ability to easily extract audio from music videos, iTunes movies, TV Shows and Podcasts that can come handy in so many situations. After extraction you can convert them into a format of your choice and use them on your preferred devices without any limitations.

One thing that Apple Music Converter for Mac and Windows has, and its competitors lack is support for iTunes 12.6.1.27. It also works with macOS 10.12.5.

The TuneFab Apple Music Converter is available with a free trial allowing you to test its features before purchasing. Once the trial period has expired a full license will cost $39.95.

Exclusive for readers of iOSHacker TuneFab has shared 6 month free license codes for both Mac and Windows users. Just use these codes and extend your trial to 6 months!

Wondershare UniConverter For Mac Is Here To Fulfill All Your Video Needs
Developer Beta 2 for watchOS 4, macOS High Sierra and tvOS 11 Now Available