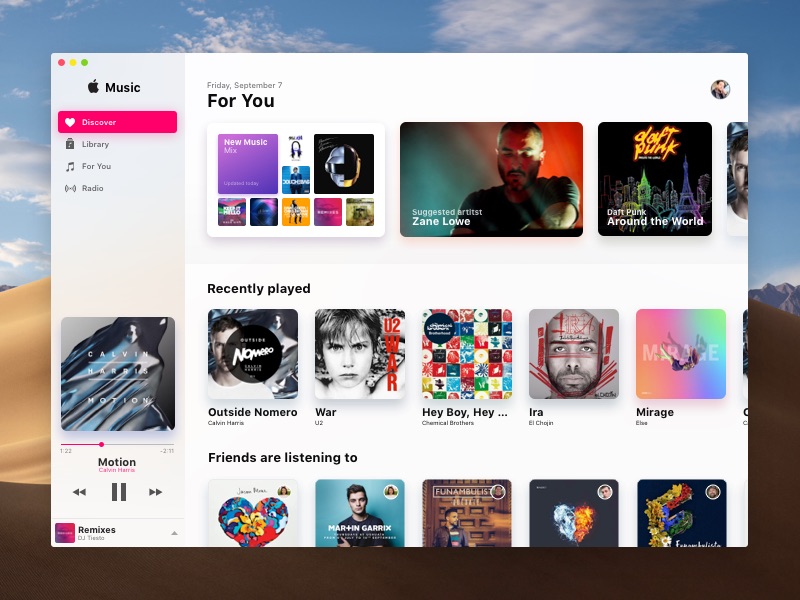 There are reports that Apple will finally release a standalone Music app for macOS, which will allow users to listen to their music library and stream Apple Music without iTunes. Previously it was thought that Apple will simply bring the iPad’s Music app to the Mac, just like it is expected to bring other iPad apps to desktop with Marzipan. However now 9to5Mac is reporting that Apple is actually working on a brand new standalone Music app for the Mac that will be based on iTunes, instead of simply porting the iPad app to macOS.

By writing a brand new Music app for the Mac, Apple will also be including many of the features that are found on iTunes such as smart playlists, syncing for iOS devices and iPods, advanced library management and disc reading and burning. None of these features are available on the iOS Music app.

With the release of a separate Music app Apple will complete its process of decoupling different media services from iTunes and releasing standalone apps for them. With macOS 10.15 users will be able to access different media related services such as audiobooks, podcasts, movies and TV shows in their own apps rather than relying on iTunes for everything.

Furthermore the report says Apple will keep the current version of iTunes available for download so that users can access features that are missing from standalone apps and take advantage of features like accessing the iOS App Store, syncing ringtones to their iPhone and creating offline iTunes backups for iOS devices. (image credit)