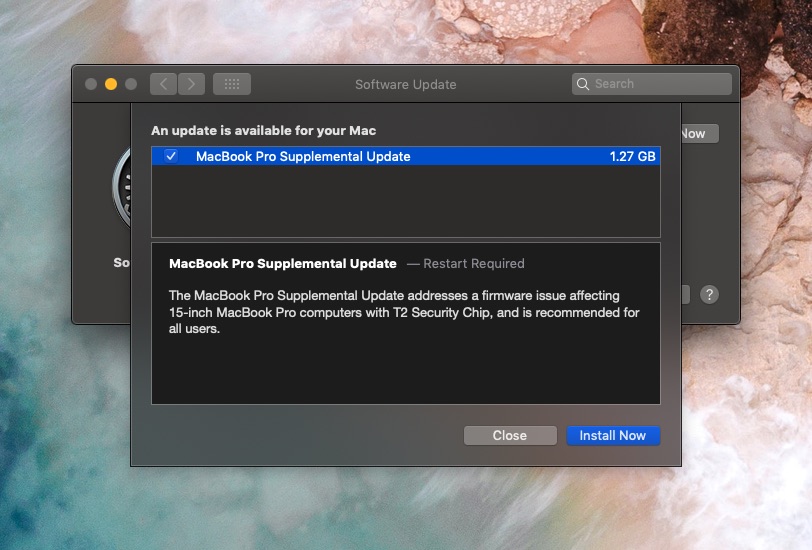 This MacBook Pro Supplemental Update comes a week after Apple has released macOS 10.14.5. Apple has not specified the exact issue that has been fixed in this release, only mentioning that the issue being fixed is a firmware issue.

Here’s the text from the release note:

The T2 Security chip is found in MacBook Pro models released in 2018 or later along with other models of Macs.

If you own a 15-inch MacBook Pro with T2 Security chip, then head over to System Preferences’s Software Update section in order to download the Supplemental Update on your computer. The update has a download size of 1.27GB. You can also download the update directly from Apple’s website here.