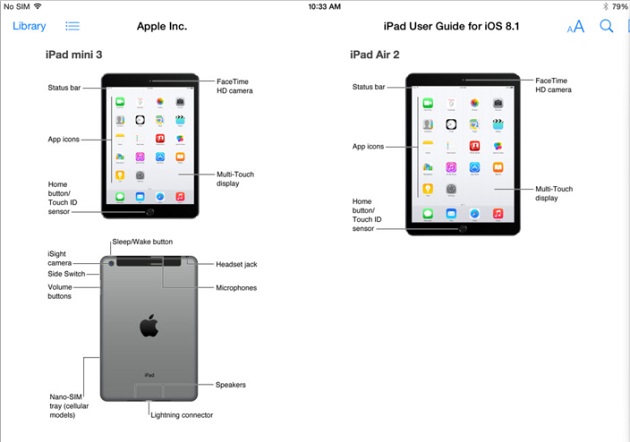 Apple has a big event scheduled for October 16th in which the company is expected to announce the new iPad Air 2 and iPad mini 3. While the event is tomorrow it seems like secrecy loving Apple has leaked one of the biggest features of the upcoming devices as Apple’s iTunes Store has mistakenly mentioned iPad Air and iPad mini’s Touch ID capabilities in a manual for iOS 8.1. It has also been revealed in the user menu that iPads will finally get the Burst mode functionality.

Apart from Touch ID and Burst Mode this leak also confirms that both models are going to retain their current design and form factor, which is a bummer as we were hoping for iPhone 6 like curved edged screen and other enhancements as far as hardware is concerned.

Also, since the manual for iOS 8.1 has already been revealed it is very likely that the new operating system will be released right after the event as well for all supported devices including iPhone, iPad and iPod touch.

The Snappening: 200,000 nude photos to be leaked as privacy of Snapchat users gets compromised
iOS 8.1 to get released on October 20th with Apple Pay, Camera roll and more