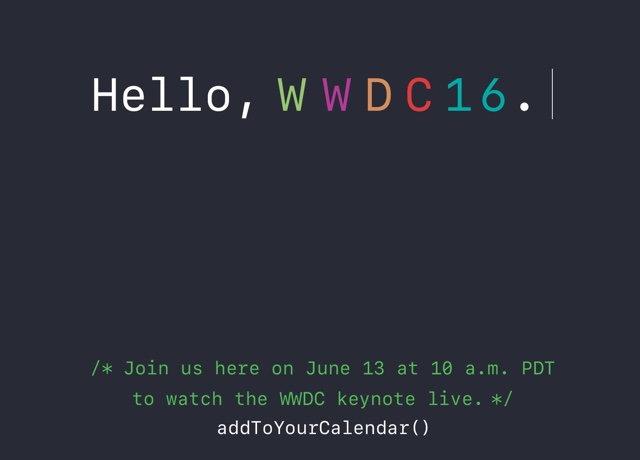 One of the most important days for Apple and future of its products is finally here, as company is all set to take the stage at the WWDC 2016 event to announce the new iOS 10, macOS, tvOS 10 and watchOS 3. The event will take place at Bill Graham Civic Auditorium San Fransisco and will kick off at 10AM PDT. While hundreds of people will witness the event live in person, millions will watch it online as products are announced at the keynote.

Just like previous events Apple is live streaming the WWDC 16 keynote to a worldwide audience. The keynote will be available to watch on Apple’s website. To be able to stream the event on your devices you need an iPhone, iPad or iPod touch running iOS 7.0 or above. You can also watch it on a Mac that is running Safari 6.0.5 on OS X 10.8.5 or later. Continuing its recent tradition of streaming the keynote on Windows devices, Apple is also allowing Windows 10 users to stream the event, however they will need Microsoft Edge browser.

If you want to enjoy the event on the big screen, then you can also tune in on an Apple TV 2nd, 3rd or 4th generation. For older Apple TVs you need at least software 6.2 or later.

To watch the event live simply visit this link once the keynote has started.

Just like every Apple fan out there we are super excited to learn about today’s software announcements Apple is expected to make. There are rumors that the company will also announce some hardware products, so we are looking forward to being surprised too.

As usual we will be covering the event here on iOSHacker and posting live updates on Twitter and Facebook, so make sure you join us there as well.