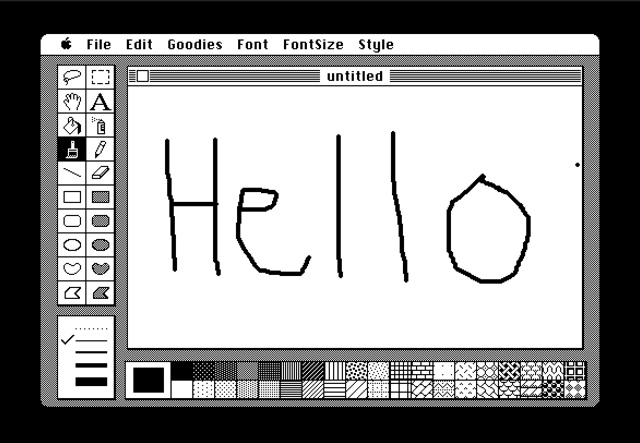 If you are a true Apple fan who was around the time when original Macintosh was released you will have pleasant memories of using the computer for the first time. Even if you are a young Apple fan who has only seen videos of Steve Jobs introducing the computer you will feel that the introduction of this simple machine was start of a revolution. No matter which group you belong to you will appreciate the fact that Internet Archive has published an online emulator that allows users to experience the original Macintosh’s OS and apps.

The emulator that is now available online gives users an opportunity to use apps like MacPaint, MacWrite and play games that were available for the computer that was released in 1984. Users can also enjoy Microsoft apps like Chart, Multiple and Microsoft Flight Simulator 1.02 on the emulator that runs on a website.

While the OS features a similar UI that we are familiar with today it is black and white. The Apple menu bar as well as windows style UI that are still present in macOS can be seen in action.

To experience the Original Macintosh Emulator from Internet Archive simply open this page and click on one of the emulators. Allow the emulator load properly, which might take 5-10 seconds.